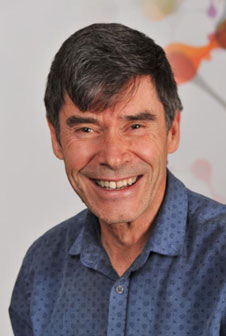 South Islanders’ melanomas are significantly more likely than those of North Islanders to carry a gene mutation that has implications for mutation-targeted drug therapies and for patient outcomes, new University of Otago-led research suggests.

The study, which is the first comprehensive genetic analysis of melanoma in New Zealand, sought to analyse mutation frequencies of 20 recurrently mutated genes in samples from 529 patients with metastatic melanoma.

Five years ago, Angela Jones and Dr Peter Ferguson at the University of Otago, Wellington started the study. Since then melanoma researchers from all around New Zealand have joined the study adding patients.

The findings, which emerge from one of the largest groups of melanoma patients to have the genetics of their cancer studied, appear in the international journal Oncotarget.

Study co-leader Professor Mike Eccles of the Department of Pathology, Dunedin School of Medicine, says that in line with overseas findings, the most common mutation was to an oncogene called BRAF, with one-third of the melanomas in the study showing changes to this gene, which may be targeted by the drug Zelboraf.

“We found similar BRAF mutation rates in both the North and South Island, but when it came to another particular gene, some stark differences emerged,” Professor Eccles says.

Mutations to a gene known as NRAS were found in 38 per cent of South Island melanomas, but only in 21 per cent of North Island ones, he says.

“The North Island rate is about the same as that found in other countries, so the South Island rate really sticks out like a sore thumb,” he says.

As there were similarly low numbers of Maori or Asian patients in both the North and South Island groups studied, ethnic differences in population make-up could not explain the higher rate of NRAS mutations in the South, he says.

In their paper the authors raise the possibility that sunburn or strong exposure to UV-radiation — especially during the spring months in the South Island when vitamin D levels are lowest — could be a factor leading to high rates of NRAS mutations versus other mutation types.

The researchers also found that NRAS mutations were linked to a higher likelihood that the melanoma would be nodular and thus more deadly. However, while new treatments targeting NRAS mutations are under intense investigation, so far none have yet been developed.

A preliminary 2015 US study has found that in a small number of patients, melanomas with NRAS mutations had higher response rates to immunotherapy treatments such as the drugs Keytruda and Opdivo, Professor Eccles says.

“Our findings suggest that South Island melanoma patients could potentially benefit more often from the use of such therapies, should the US findings be confirmed by further research,” he says.

The research was funded by the Wellington Medical Research Foundation, Capital and Coast DHB, Lottery Health, Cancer Society, and the Maurice Wilkins Centre.