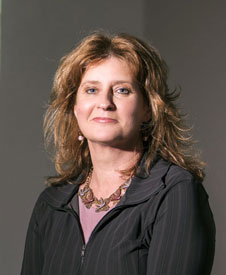 University of Otago researchers are hoping to shed new light on the quality of life and identity of Otago’s early European settlers and farmers through a proposed study that would involve excavating and analysing skeletons from unmarked graves in Tokoiti, Milton.

The proposed project, which would be undertaken in partnership with a local community group called Tokomairiro Project 60 (TP60), would be the first time that such research has been attempted on an early European population in New Zealand.

The TP60 group has located records of 68 burials in the St John’s Church of England Cemetery on the back road at Tokoiti.

The first known burial was in 1860 and the last in 1926. The 67 are mostly first-generation settlers and their families from the UK who moved to the area after 1850.

Detailed mapping and geophysical surveying of the cemetery would initially be carried out, followed by careful archaeological excavation of selected areas. The researchers hope to recover 20-30 individuals, and would initially concentrate on parts of the old cemetery that are outside the presently-fenced area.

After DNA, bone and tooth analysis — including isotopic investigations — had been completed, the remains would be re-interred in their original plots and the research team and TP60 would co-operate in restoring the lawn cemetery and marking of any then known burial sites.

Identified living descendants of the 67 burials would be asked to have their DNA profiled to help determine which remains are those of their ancestors. Associate Professor Buckley’s departmental colleague Professor Lisa Matisoo-Smith would conduct these DNA analyses on the skeletons and their living descendants.

“As well as helping families to identify the graves of their ancestors, this research would also provide a unique opportunity to trace the diet and health effects of the European colonisation process —from leaving their homeland via extended sea voyages and arrival to unbroken farmland,” Associate Professor Buckley says.

The researchers would also be able to compare the detailed life histories the TP60 members have compiled for the 67 people with the new forensic evidence.

“For example, differences in strontium isotope ratios can pinpoint where in Britain a person grew up or moved to,” she says.

The project has been endorsed by the Rt Reverend Dr Kelvin Wright, Bishop of the Anglican Diocese of Dunedin and the TP60 research team. A public meeting will be held at the Milton Coronation Hall at 7.00pm on Tuesday 14 June to present the project to interested people in Milton and the wider community.

A list of the names of the 67 people identified through historical records as having been buried at the cemetery appears below.

The names of 67 people known to have been buried at the cemetery: