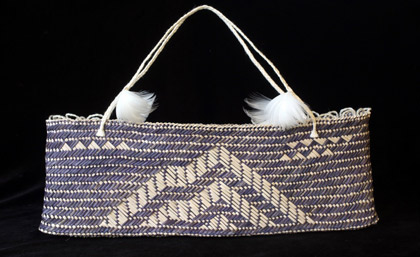 A kete chosen to feature on a New Zealand stamp released this month was originally commissioned by Otago’s Te Rangi Hiroa undergraduate college and is on display in its foyer.

The residential college is named in honour of the University’s first Māori graduate, Te Rangi Hiroa (Sir Peter Buck), and the kete was woven in his memory by descendant Audra Moana Potaka, who lives in Taranaki and has been weaving since 1998.

She designed the kete to show the view of maunga (Mount) Taranaki from the north-western angle where Te Rangi Hiroa’s ashes are buried, at Ōkoki Pa, Urenui.

Te Rangi Hiroa often said in his writings that his mana whenua (ancestral homeland), and mana tangata (local people) kept him grounded, as reflected in the image of the mountain as an enduring landmark. 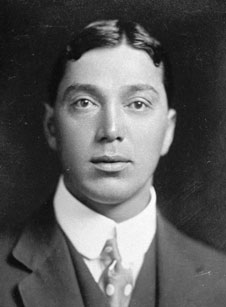 He was not only the first Māori to graduate in medicine in New Zealand, he is also revered as a great son of Taranaki, a leader, and a doctor among his people; who used his medical training to stem the tide of serious health problems which almost wiped out Māori in the early twentieth century.

Those feathers are a symbolic acknowledgement of a higher spirit and spiritual forces. They also symbolise the importance of making peace within yourself and with others, and they highlight the need for goodwill and non-violence in the face of conflict.

The kete named 'He kōtuku rerenga tahi' is on a $2.20 stamp and is one of six kete in the 2016 New Zealand stamp collection series, which celebrates Matariki or the Maori New Year. All of the kete were created by artists recommended to New Zealand Post by Toi Māori Aotearoa - Māori Arts New Zealand.

The origins of kete can be linked back to the tradition of ngā kete o te wānanga, commonly coined as the three baskets of knowledge. Those baskets contain all that is required to live in te ao tūroa (the environment).

Functionally, kete are containers, and they are also a treasured Maori art form passed down through the generations.

Ms Potaka is pleased Te Rangi Hiroa’s memory is living on through her kete appearing on stamps, and says she will keep researching the writings of her ancestor, who has left a legacy of inspiration for her weaving.

Te Rangi Hiroa was also a Member of Parliament and distinguished soldier; awarded the Distinguished Service Order for bravery in the field at Gallipoli and the Somme, with the rank of Lieutenant Colonel.

He later developed an enduring passion for anthropology, mainly for pacific migrations and the cultures of pacific peoples. For the last twenty years of his life, he was the Director of the Bishop Museum in Hawaii, and a visiting Professor at Yale University.

Te Rangi Hiroa also received an honorary Doctorate of Science from the University of Otago in 1937, and was knighted in 1946.

Te Rangi Hiroa College opened in February 2014 and everyone entering the building is immediately aware of Te Rangi Hiroa’s presence. The foyer and study centre are home to a carving, a tukutuku panel, kete, photos of his life, and other mementos of his work and achievements.

Each floor is also named after a river in Urenui, Taranaki, so his life force flows through the building to inspire the students who make it their home.