Monitoring for Congenital Zika Syndrome to start in New Zealand 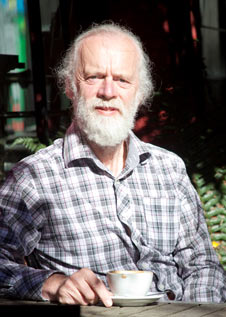 From August 2016, paediatricians are being asked to report all cases of infants and children less than six months of age with microcephaly or other brain abnormalities, whose mother, or her partner, has been in a country with active Zika virus transmission during (or just before) her pregnancy.

Reporting of abnormalities will be through the New Zealand Paediatric Surveillance Unit, which already monitors and reports on a number of uncommon but important childhood conditions.

“In Brazil, at the end of 2015 there was a marked increase in the number of infants born with microcephaly, a very small head due to poor brain growth. It is now clear the increase was due to mothers being infected by the Zika virus in the early months of their pregnancy,” says Associate Professor Nigel Dickson, epidemiologist with the New Zealand Paediatric Surveillance Unit.

The Zika virus is predominantly spread by the Aedes type of mosquito. Whilst the commonest vector – Aedes aegypti – is not in New Zealand, it is in many parts of the Pacific where the Zika virus has been known exist for several years. Not only are pregnant women who visited or lived in areas where Zika is prevalent at risk, but also those whose partner had been in such places as sexual transmission of the virus can occur.

Associate Professor Dickson adds, “While not appreciated at the time, a recent review of the outcome of pregnancies occurring during a large Zika outbreak in French Polynesia in 2013/2014, found a marked increase in cases of microcephaly. Fortunately only a few of the women infected with Zika had children with this problem.”

“It is important that we understand the situation here to make sure that the appropriate advice is given to people who have or are considering visiting the Pacific while pregnant,” says Dr Lesley Voss, an Auckland-based Paediatric Infectious Disease specialist on the study team.

Such a form of monitoring is consistent with the advice from the World Health Organization, and the method being used is very similar to the surveillance being undertaken in the United Kingdom since April 2016 by the British Paediatric Surveillance Unit.

The New Zealand Paediatric Surveillance Unit, is based in the Department of Women’s and Children’s Health, Dunedin School of Medicine, University of Otago, and is funded by the Ministry of Health.

Information on Zika virus and advice for travellers is available on the Ministry of Health website.