Most homeless people working or studying 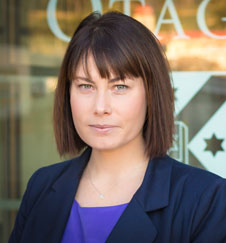 More than half of all homeless adults in New Zealand are working or studying, say University of Otago, Wellington (UOW) researchers.

“Even among one of the most stigmatised populations in New Zealand, most people are participating in society in ways that should allow them to thrive. But this group cannot even access one of our most basic needs – a home.”

“The cost of housing has been rising without corresponding increases in income, whilst the number of state houses per capita has been in decline. Many low-income people are missing out on housing, whether we recognise them as ‘homeless’ or not.

“Most are not sleeping on the streets, nor should they have to for the NZ Government to show concern and take substantive action. People living in garages, moving in and out of camping grounds over winter months, three families living in a home designed for one – these are severely inadequate housing situations that New Zealanders should not have to experience,” she says.

“The Government has attempted to distract the public from the housing crisis by focusing on the semantics of the word ‘homelessness’ and by attempting to ‘prove’ that people living in cars do not want help. These are disturbing displays of the Government continuing to avoid responsibility for a severely disadvantaged population who are at the hardest edge of our housing crisis.”

“Homelessness in New Zealand is growing in size and scale. The prevalence of homelessness grew by 15 per cent between the 2006 and 2013 censuses, compared with a 9 per cent increase between 2001 and 2006. There are now at least 41,000 homeless New Zealanders, more than half of whom are younger than 25. These numbers reflect the internationally-recognised official definition of homelessness that was developed by our government.”

“We all pay a chunk of our incomes to the Government to address the large scale issues that we cannot address individually, including housing, healthcare, and education. We expect better approaches to homelessness than ad-hoc knocking on car windows and motel rooms. We expect our government to be as concerned for those excluded from housing as the public are, and to develop a comprehensive housing strategy that will allow all New Zealanders to live in quality, affordable, secure homes,” says Dr Amore.

The latest study was funded by a Lottery grant and is available on the He Kainga Oranga website. It updates an Official Statistics Programme report published in 2013, ‘Severe housing deprivation: The problem and its measurement,’ available online.