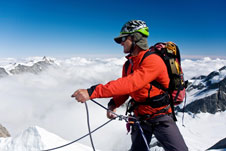 Dunedin-based writers Laurence Fearnley and Paul Hersey have been granted a one-off award by the Friends of the Hocken Collections group to enable the completion of an anthology of New Zealand mountaineering writing between 1830 and 2015.

In 2016 the Friends of the Hocken Collections celebrates its 25th anniversary. This year, to acknowledge the anniversary, the Friends have made a one-off award of $10,000. The aim of the award is to support research into an aspect of historical development of Māori or Pakeha culture and society in Aotearoa/New Zealand, primarily using the resources of the Collections at the University of Otago Hocken Library in Dunedin. 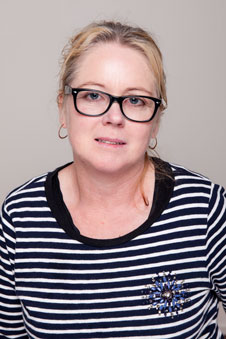 Laurence Fearnley is a full-time novelist and non-fiction writer. Her publications include Going Up is Easy, Reach, and The Hut Builder. In 2004 Laurence was awarded the Artists to Antarctica Fellowship and in 2007 the Robert Burns Fellowship at the University of Otago.

Paul Hersey is a full-time writer, photographer, filmmaker and mountaineer. He has written several books, including Our Mountains: Journeys to New Zealand’s Highest Places, based on his journeys to 15 major peaks in New Zealand

President of the Friends of the Hocken Collections, Marian Hobbs, says she is delighted to announce the Award.

“I’m so pleased that in the Friends' 25th anniversary year we are able to support people doing such original research and using the Hocken Collections.”

The Friends support and promote the world-renowned Hocken Collections (part of the University of Otago) in Dunedin, New Zealand in a number of different ways.

Hocken Librarian Sharon Dell says: “The work done with the support of this Award is a chance for New Zealanders to see the richness of the Collections in relation to mountaineering throughout New Zealand, and especially in the southern alpine and fiord regions - they are significant to New Zealand, as well as the Otago and Southland regions.”

The Friends of the Hocken Collections Committee would also like to commend generally the very high calibre of applications, 17 of which were received.