Fussy fish use genetic compatibility to pick partners from afar 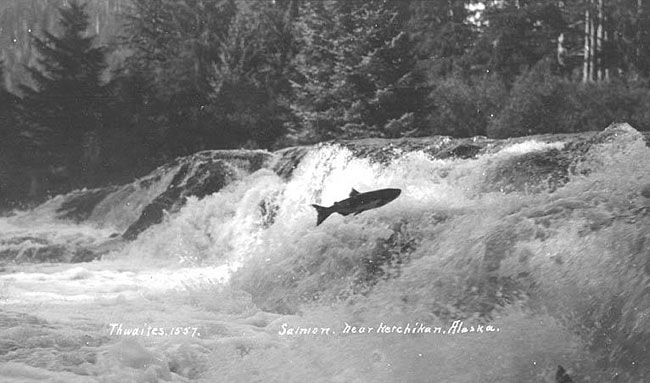 When salmon spawn, the sperm of competing males are in an all-or-nothing race to be the first to reach and fertilise the eggs.

New findings by University of Otago researchers show that female salmon influence the race results from afar and that there is a strong genetic basis to that female choice.

Professor Neil Gemmell, who holds the AgResearch Chair in Reproduction and Genomics in the Department of Anatomy, says that the ovarian fluid that females release with their eggs can help or hinder sperm swiftness, depending on the male it comes from.
“The findings may also have implications for the understanding of animal, even human, reproduction,” he says.

The study has been published this week in the international journal Proceedings of the Royal Society of London, Series B.

Professor Gemmell’s PhD student, Cornelia Gessner, together with colleagues from AgResearch and NIWA, examined the swimming speeds of salmon sperm in the diluted ovarian fluids of females and related this to reproductive success and the level of genetic relatedness at several thousand genes.

Surprisingly the research team found that males that were more similar to the female at a few key genes, perhaps even close relatives to the females, had a higher rate of reproductive success than males who were more dissimilar.

“Our recent work has shown that this ‘cryptic female choice’ (CFC) has a strong effect on offspring survival,” he says. “In this latest paper we have identified key genetic components that seem to be responsible for governing this process.”
Cryptic female choice involves female attempts to control who fertilises their eggs after mating. It is known to occur in many species but, until now, only in ones which fertilise internally.

“In internal fertilisers there are multiple ways a female can exert this post-mating version of sexual selection by favouring one male’s sperm over another to bias fertilisation, including differential storage, usage and ejection of sperm.

"A classic example is found in chickens, where females can favour one male over another through ejecting the sperm of less favoured males,” Professor Gemmell says.

“We were startled to find that female salmon are also able to exert this kind of influence. Previously, it had been thought that once their eggs had been released females had very little say over which of the males around her would fertilise them.
“That is clearly not the case. There is a strong post-mating choice exerted, which affects offspring survival, and there is a genetic basis that affects this choice.

“We found that the speed of a male’s sperm varied significantly, according to which female’s ovarian fluid it was swimming in, and that the degree of genetic relatedness between females and males strongly influences sperm swimming speed and fertilisation outcomes.
“We found five regions in the salmon genome, each containing a few genes, that appear to bias fertilisation outcomes by influencing how fast a male’s sperm swims in a given female’s ovarian fluid and that affect fertilisation outcomes via other mechanisms, likely sperm-egg interactions. Two of the genes identified affect fertility in humans and are promising candidates through which CFC may operate.”

The reason why female salmon try to swing the odds for some sperm over others appears to be focused on ensuring that their mates have complimentary genes that enhance offspring survival.

“From the female’s perspective, it makes sense that when you only have one opportunity to reproduce in your life, you want to make sure you get it right.

“For the males, you could say that the upshot is that there may be someone for everyone in the salmon world – the race does not always go to the naturally fastest runner, as females ensure that the conditions on the racecourse differ.

“Put another way, what we have found is that only some males have the right genetic passwords that enable their sperm to fertilise the eggs of a given female.”

Professor Gemmell says the findings also may have wider implications for the understanding of animal, or even human, reproduction.

“For instance, whatever it is in this ovarian fluid that is enhancing or retarding sperm function may have a similar effect on sperm in other species. The recognition that some of the genes that control this effect in salmon are also present in humans, and linked to infertility in humans, strongly suggests that there may be elements of cryptic female choice post-mating in humans.”

Professor Gemmell plans to continue to investigate the genes involved in this phenomenon using increasingly refined approaches, while also beginning to explore if similar mechanisms might exist in humans and species of agricultural importance.