Fascinating find of a ‘lost story’ by the young Katherine Mansfield 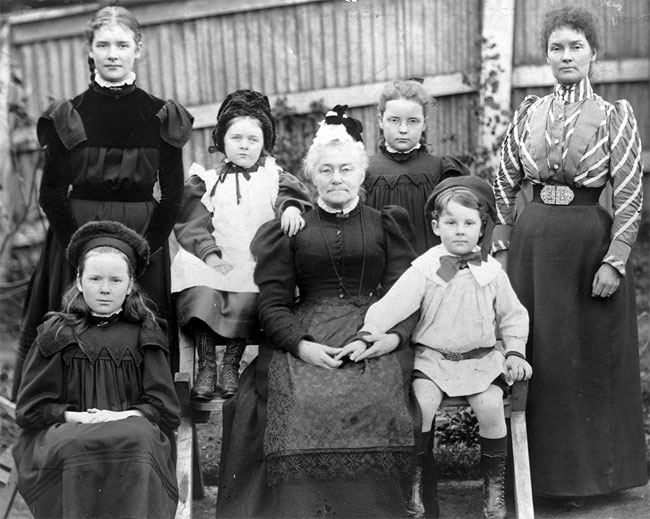 The Beauchamp family, 1898. The young Kathleen Beauchamp, later to be known as Katherine Mansfield, is third from left in the back row. Photographer possibly Harold Beauchamp.​

The discovery of the story ‘His Little Friend’ is at the heart of a new book on the life of the young Katherine Mansfield by Wellington author and historian Redmer Yska, who made the find while researching in the archives of the Wellington City Library.

Previously unknown to Mansfield’s modern readers and scholars, the short story, by the 11-year old Kathleen M. Beauchamp (her given name), was published on the Children’s Page of the New Zealand Graphic on 13 October 1900. It predates her first known published work by seven years, and is reprinted in full in Yska’s new book, A Strange Beautiful Excitement: Katherine Mansfield’s Wellington 1888–1903, published by Otago University Press.

Yska describes the story, about the friendship between a lonely, elderly man and an impoverished child, as showing the young Mansfield ‘grappling with harsh, bleak truths at a young age, paving the way for much of what was to come’. The literary discoveries didn’t end there: Yska also found in the Graphic the writer’s first two known published letters.

A Strange Beautiful Excitement works to locate Mansfield in the rickety colonial capital of the 1890s; the sights, sounds and smells of her Thorndon and Karori childhood.

“Kiwis tend to see Katherine Mansfield as a grown woman in her twenties, the vamp with the bob and the faraway eyes. She’s always in London: bookish, cosmopolitan, swallowed up in a cloud of Bloomsbury cigarette smoke,” Yska says.

“That’s in part because most of her biographers (mainly British) think the story really starts when she leaves Wellington. So that crucial, formative part of her life gets a few pages or a chapter at most.”

Yska notes that Mansfield spent nearly half of her 34 years in the city, and even after she left, she never stopped writing about it. Her most luminous stories are set in this raw, wind-bashed city with its ‘singular charm and barrenness’.

“I have tried to bring her back home, underline her physical presence. I show her as a vigorous youngster striding through the gale, long curly hair flying. I’ve tried to find the ‘human story’ of her adolescence, her living footsteps. I’ve tried to catch a glimpse of her in the open air, to make her live, move, talk.”

Described by Fiona Kidman as a ‘ravishing, immersing read’, A Strange Beautiful Excitement is a ‘wild ride’ through the Wellington of Mansfield’s childhood. This handsome hardback edition features a number of evocative photographs and illustrations.

Redmer Yska is a Wellington-born writer and historian. He has published books about postwar teenagers (‘bodgies and widgies’), Dutch New Zealanders like himself, and a commissioned history of Wellington City. He was awarded the National Library Research Fellowship to write a history of NZ Truth, published in 2010. Yska was the major recipient of a New Zealand History Research Trust Fund Award in 2014, allowing him to write this book.