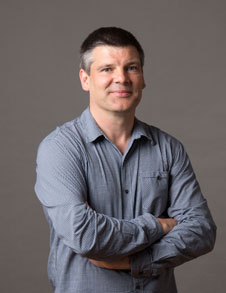 Otago University researchers have discovered a new trigger that stimulates the release of oxytocin from the brain in pregnancy – the hormone responsible for contracting the uterus during birth.

The protein kisspeptin is well established as being important for fertility and puberty. However, the Otago team, led by Professor Colin Brown of the Department of Physiology and Brain Health Research Centre, have now found that kisspeptin also causes oxytocin cells in the brain to get “excited”, triggering the rhythmic contractions of the uterus.

If kisspeptin is normally only released in late pregnancy, the research team believes it’s possible that, in humans, the early release of kisspeptin might increase the risk of preterm birth – that is birth which occurs more than three weeks before the baby is due.

Professor Brown says the discovery, which was published in the Journal of Physiology1, could potentially provide an opportunity to develop new therapies to manage pregnancies at risk of preterm birth.

“Pregnant women who lack oxytocin will likely have a delayed birth, and this can be reasonably well managed by administering a dose of oxytocin. The problem arises when women are at the other end of the spectrum and oxytocin is secreted too early in their pregnancy causing preterm delivery. Currently, in most cases of preterm birth, doctors don’t know why it happens,” says Professor Brown.

In New Zealand about 7 to 8 per cent of women deliver their babies preterm. Alarmingly, says Professor Brown, this percentage, which is consistent across the developed world, is not changing, and if anything, is increasing.

“To the best of our knowledge, the only role of kisspeptin in late pregnancy is to excite oxytocin cells. So, it could be that blocking the effects of kisspeptin on oxytocin cells might provide a more specific therapy to manage pregnancies at risk of preterm delivery than those currently in use,” says Professor Brown.

The significance of these findings, funded by a $1 million Health Research Council of New Zealand (HRC) project grant, has led to follow on funding as part of the $5 million HRC-funded programme ‘Healthier pregnancy, healthy babies’, led by Otago Professor David Grattan of the Department of Anatomy and Centre for Neuroendocrinology, of which Professor Brown is also a member.

Through this programme, Professor Brown and his team are investigating whether the presence of high levels of another hormone in pregnancy – placental lactogen – stimulates kisspeptin into action. They are collaborating closely with Professor Lesley McCowan, an expert in high-risk pregnancies from the University of Auckland, on this new line of research.

HRC Chief Executive Professor Kath McPherson says preterm delivery is the most common cause of death in newborn babies in New Zealand, and those babies who survive preterm delivery have low birth weight and are more likely to suffer chronic illness as adults.

“Fundamental research like this into the biological processes that control pregnancy is a crucial first step towards developing drugs to effectively treat those women at risk of problem pregnancies or to identify biomarkers that can help doctors determine early on who is at risk of preterm delivery and save babies lives,” says Professor McPherson.

Kisspeptin was named by scientists in the city of Hershey, Pennsylvania, home of the famous Hershey chocolate company in 2001 who discovered this previously unknown peptide. They were inspired by Hershey ‘kisses’, a form of Hershey chocolate.