The penguin that never was 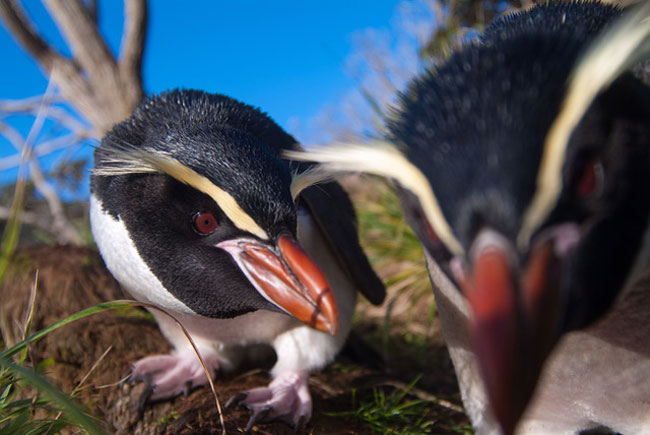 New science has debunked old science by showing the bones from the so-called Hunter Island penguin were actually from three different living penguin species, including two from New Zealand.

The study, which also involved scientists from Landcare Research, the Museum of New Zealand-Te Papa Tongarewa and the CSIRO in Canberra, brings into question earlier claims of a penguin extinction in southern Australia during the Holocene epoch, which began about 11,700 years ago.

Their results have just been published in the Zoological Journal of the Linnean Society.

The Hunter Island penguin (Tasidyptes hunteri) was described as an entirely new penguin genus in 1983, based on four bones that had been excavated from an archaeological midden site on Tasmania’s Hunter Island.

Ms Cole says the penguin’s authenticity had been questioned before, “based on the fragmentary nature of the fossil bones, the stratigraphy in which they were found, and the similarity to other crested penguin species”.

“However, until now, nobody had clarified what it was. In our study, we applied ancient DNA methods to genetically assess every bone that had ever been attributed to this mysterious penguin species – a rare and remarkable opportunity.

“It was a fun and unexpected story because we show that Tasmania’s ‘extinct' penguin is not actually an extinct or unique penguin at all.

“Using a short DNA barcode region we showed that it was actually a jumbled mixture of three living penguin species, from two genera.”

Ms Cole says the bones were identified as belonging to the Fiordland crested penguin or Tawaki (Eudyptes pachyrhynchus) and the Snares crested penguin (Eudyptes robustus), both New Zealand endemics known to occasionally turn up in Tasmania, and the Australian little penguin or fairy penguin (Eudyptula novaehollandiae), a species that breeds in Tasmania.

“The presence of three species of penguins in Tasmania’s archaeological record can be explained in light of what is now known about the distributions and movement patterns of these species within the Australasian region.

“This study shows how useful ancient DNA testing can be. Not only does it help us identify new but extinct species, but it can help us rule out previously postulated species which did not exist, as in this case.”

Eudyptula novaehollandiae remains the only penguin species known to have bred around mainland Australia during the Holocene.