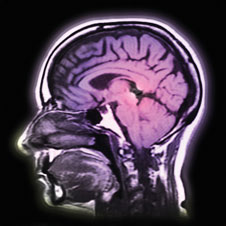 New Zealand stroke survivors are being sought by University of Otago researchers for an innovative study that holds promise for restoring their arm and hand function.

Using a technology that involves short bursts of electrical stimulation through brain implants, an Otago research team has now found that applying this stimulus to the non-stroke damaged side of a patient’s brain may potentially improve the movement recovery in their upper limbs.

Neurosurgery researcher Professor Dirk De Ridder and the Department of Anatomy’s Professor John Reynolds came up with the idea after a serendipitous meeting.

Professor Reynolds, in his own work with stroke models, had observed improvements in recovery when stimulation was applied on the opposite side of the brain to which a stroke had occurred.

“We don’t intend in the long term that this neurostimulation will replace rehabilitation therapy – this remains the standard approach to improve movement and function after stroke, Professor Reynolds says.

“Instead, we hope to find a method that will maximise and maintain the gains that can be obtained from such therapies.

Pre-surgery magnetic stimulation (TMS) will be performed by study team members at the School of Physical Education to determine the strength of the circuits between the motor cortex on the brain side of a patient’s stroke and their affected muscles.

This involves placing a special coil on the scalp, which will stimulate the motor cortex with a single magnetic pulse.

An assessment will also be undertaken at the University’s School of Physiotherapy that will measure the baseline level of participants’ function in their shoulders, arms, and hands.Otago researchers seek stroke victims for study exploring new recovery method.

A brain scan will be performed to check the position and size of the stroke and to help determine where best to place the stimulator during surgery.

“Every hour, one New Zealander suffers a stroke – this malady is the second greatest killer in New Zealand, with a toll of around 2500 people per year. While sometimes fatal, strokes more often are seriously incapacitating. We hope to come up with new therapies to greatly improve the quality of their lives as they recover from their illness.”

Stroke survivors who wish to take part in the study should leave a message with the Department of Anatomy: