The University of Otago’s coveted Arts Fellowships for 2018 have been announced.

“These Fellows are working at the forefront of their respective creative fields; they have each been selected from a very strong group of applicants,” Professor Ballantyne says.

“Our Arts Fellowships are very important to the University because they are vital to our links with the arts community. Through their work and presence on campus they enable new conversations around the ways in which these creative disciplines illuminate the world that we live in.

“It is always exciting to look forward to the coming year and the music, words, images and performances that these Fellows create.”

The Fellows receive a stipend for between six months and one year, and space on campus to indulge in their creative projects. Past Fellows have created dance performances, orchestral compositions, poetry, novels and children’s books during this time. 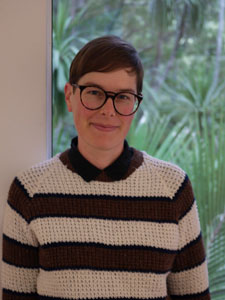 Louise Menzies is an Auckland-based artist. She has already established an outstanding body of work, including an impressive 15 solo exhibitions with showings in North America, Australia and Lithuania; contributions to group exhibitions in Los Angeles, Montreal, Paris, Rotterdam and Sydney; 12 art publication projects; and four significant residencies, three in international settings.
Her practice embraces a range of media, including text, performance, moving image, photography, ceramics and print media, usually presented within installed environments. She draws particularly on research into the ways female experience has (or has not) been recorded – something she hopes to continue, by exploring histories of local artists including Joanna Paul and Frances Hodgkins, as a starting point.

“As an artist you are always running a time deficit. Many more ideas enter the studio than there is the time and space to make them. The fellowship is a true gift in this sense, and the chance it offers to work in an extended way on one’s own artistic production is an immensely valuable opportunity.”

“I have much excitement about the year ahead, and discovering the many local resources I anticipate responding to throughout my various projects. It’s a huge honour to have been given the Fellowship, and I can’t wait to get started.” 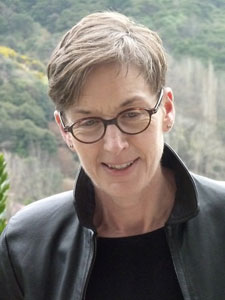 Her first book of poems Salt Water Creek, published in London, was shortlisted for the 2003 Forward Prize for First Collection.  In New Zealand, she won a Canterbury History Foundation Award in 2007, and wrote Feeling for Daylight: The Photographs of Jack Adamson, a non-fiction biography published by the South Canterbury Museum.  She won the New Zealand Post Book Award for Poetry in 2012 for her second poetry collection, Shift.

In 2016, Gallagher collaborated with artist Lynn Taylor and Otakou Press printer-in-residence Sarah Smith to publish poems on the life and activities of Freda Du Faur (1882–1935), the first woman to climb Aoraki/Mount Cook.

She described the Burns Fellowship as an expansive, generous opportunity and a real honour. “In terms of creative space it is like moving from the backyard to a wide open plateau. Anything could happen! The Fellowship is also an opportunity for conversation and exchange within the humanities and, in this, it exudes possibility. It doesn’t involve a relocation for me but it is a completely new mindset.”

She will primarily be writing poetry. “One aspect of the work is focussed on the early history of the Seacliff Asylum in relation to Irish migrants. I’m looking to develop a series of letter poems.” 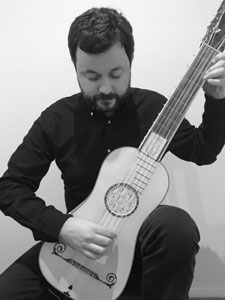 Dylan Lardelli is considered one of the leading representatives of innovative new composers of his generation.

He has been composer in residence with the Auckland Philharmonia Orchestra, and artist in residence in Tokyo. His compositions have been programmed in leading festivals and concert series in New Zealand, Australia, Europe, the United Kingdom, the USA, and Asia. His works have been performed by such noted ensembles as the New Zealand Symphony Orchestra, the Ensemble Vortex, the NZTrio, and by members of the Ensemble Modern and Musikfabrik.

He has won the Asian Composers League Young Composers Competition in Tokyo, the Edwin Carr Scholarship, and the APRA AMCOS Art Music Fund Award (2017). As guitarist, Dylan Lardelli has performed with the NZ Symphony Orchestra, the Stroma Contemporary Music Ensemble and the 175 East New Music Ensemble. 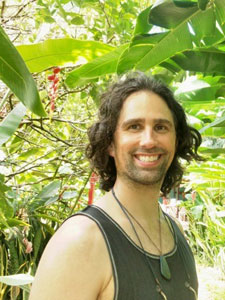 Matthew Smith is from Auckland. He has a BAppSc (Human Biology) from Unitec, and is currently completing a Masters of Osteopathy. His 17-year career as a performer, teacher and dance-maker has taken him to more than 50 countries worldwide. Work he has choreographed has been performed in Oslo, Zagreb, Amsterdam and Vienna.

His fellowship project aims to use dance to enhance health and wellbeing at any age. He has already developed a community dance class for older men to help them gain confidence in coordination and balance. He plans to expand this to different age groups and to develop an educational/community resource which could be used worldwide via on-line platforms and DVD.

He is excited to research, develop and impliment a number of different community programmes in his home town of Dunedin.

“I will be creating a movement/partnering class for fathers and their babies.  I will also be developing further a programme I began in Auckland called “More men moving more” which was in cooperation with Mens Health Trust. This was a class for elderly men focusing on important movement skills such as balance and refining coordination associated with mobility.”

“My dance career began in Dunedin and I am very happy to return.  I look forward to giving back to my community by sharing something of what I have learned in my years away and abroad.” 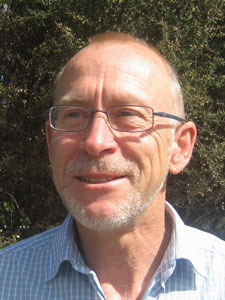 Raymond Huber is an author and freelance editor, with a wealth of experience as a teacher, editor, and a writer of fiction and non-fiction. He has received numerous awards and shortlisting in prestigious Children’s Book Awards, nationally and internationally. He has a story in the Te Papa children’s book Curioseum (2014) and won the McGonagall poetry prize winner in 2005.
At the core of his productivity is Raymond’s ability to merge a love of children’s literature with science. His children's novels, Sting and Wings, are science-based fantasy; his picture books, Flight of the Honey Bee and Gecko , are published internationally; and Peace Warriors, is a YA book about non-violent resistance. Raymond has also written many educational workbooks, school readers and radio plays.

Raymond lives with author/publisher Penelope Todd on the Otago Peninsula; they have three children and two grandsons.

“I'm very grateful for this Fellowship – what a privilege to be able to devote six months to imagination and writing in a place where people value reading and literature. I’ll be working on a children's book about trees; celebrating the science of trees and telling the stories of people who loved trees.”

Many years ago Charles Brasch, the initiator of the Robert Burns Fellowship, wrote, "Part of a university's proper business is to act as nurse to the arts, or, more exactly, to the imagination as it expresses itself in the arts and sciences. Imagination may flourish anywhere. But it should flourish as a matter of course in the university, for it is only through imaginative thinking that society grows, materially and intellectually.' (Landfall, March 1959).

The Mozart Fellowship was established by the University of Otago in 1969. The purpose of the Fellowship is to aid and encourage composers and performers of music in the practice and advancement of their art, to associate them with the life of the University and to foster an interest in contemporary music. Mozart Fellows often produce a concert of their works during their Fellowship year. Successful applicants include many of New Zealand's significant composers, such as John Rimmer, Anthony Ritchie, Gillian Whitehead and Christopher Watson.

The University of Otago College of Education/Creative New Zealand Children's Writer in Residence is the only residency for a children’s writer in New Zealand. Begun by the Dunedin College of Education in 1992, it allows writers to work full-time in a compatible environment among colleagues who are concerned with the teaching of reading and literature to children. It is jointly funded by the University and Creative New Zealand. The residency is offered in association with the Robert Lord Writers’ Cottage Trust, which provides rent-free accommodation to writers in the historic Titan Street cottage bequeathed by the late playwright Robert Lord. Residents include Central Otago children’s book writer Kyle Mewburn, and Dunedin writers Karen Trebilcock and Bill O’Brien.