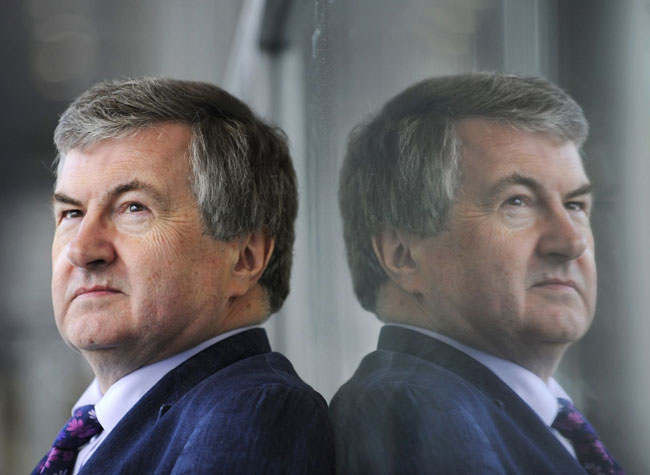 One of the world’s foremost historians will be in New Zealand next month to talk about truths and myths surrounding the Holocaust of World War II.

Professor Sir Richard J. Evans, Regius Professor of Modern History, Emeritus, University of Cambridge is being hosted by the University of Otago. He will give talks across its Dunedin, Wellington and Auckland campuses from October 10 to 16.

Sir Richard is a historian of 20th century Europe with a focus on Germany and World War II. He is the author of 18 books, including In Hitler's Shadow, which studies the Historikerstreit – a controversy involving accusations that some West German revisionist historians sought to white-wash the Nazi past.

Sir Richard is also well-known for his role as an expert witness in a high profile Holocaust denial court case in 2000.

Controversial anti-semite David Irving, whose contentious claims included that there was no evidence for the existence of gas chambers at Auschwitz, sued American historian Deborah Lipstadt for libel after she wrote that Irving falsified German history and was a "Holocaust denier." In London’s High Court in 2000, Sir Richard produced evidence that Irvine was guilty of deliberate distortion, discrediting the claims which helped to successfully defeat the libel case.

The case has since featured in a film, Denial, released in early 2017. The movie depicts the Irving Trial and Sir Richard’s role as a key witness, with British actor John Sessions playing Sir Richard. It also features actor Rachel Weiss.

Sir Richard will be discussing Denial’s background, course and result, and assesses how far it was accurately portrayed in the movie.

In the age of global misinformation, he comments that 'fake news' and proliferating threats to democracy, real historical scholarship is more essential as a basis for debate than ever before.

Sir Richard will also be presenting a lecture War in the Nazi Imagination.

New Zealanders played a significant role in World War II, and he says debate continues to rage over the war's history, the aims and methods of the combatant nations, and the reasons for the defeat of the Axis powers.

“The war was very different from previous armed conflicts. Hitler's aims were limited by neither time nor space, opening the way to a transformation of warfare from the rational and limited conflicts of the past to new kinds of open-ended armed struggle that are still with us today.”

University of Otago Head of History Professor Takashi Shogimen is thrilled that Sir Richard has agreed to visit New Zealand, and that Denial will be screened and discussed as part of the lecture programme.

“Sir Richard is an eminent historian whose work is of great importance so this is a significant event for us,” says Professor Shogimen.

“I believe it will be fascinating for New Zealanders to hear first-hand about Nazi Germany from one of the world’s notable historians. And at the same time, it is an ideal opportunity for us to discuss and debate issues around the notion of truth, an important part of historical studies but something that is also being hotly debated in this emerging ‘fake news’ era.

“Sir Richard’s expertise is a rare combination of history and the philosophy of history, and he has a reputation as an excellent communicator.

“As such he is in a unique position to reflect on the depiction of the trial in the film, which involved issues of truth and falsehood, freedom of speech, history and memory. We are looking forward to hearing him discuss how Denial portrays those issues in his presentations on October 10, 15 and 16.

It is also a good opportunity for us to better understand how media such as film represents contemporary and historical reality as it presents the human aspect of history.”

The Michael King Memorial Lecture in Dunedin on October 12 will look in more detail at how the Nazis conceived war.

Sir Richard argues that Hitler's belief that war was necessary for the fitness and survival of the German race led him to promote the indoctrination of German society at every level with a will to wage war and the preparedness to do so.

“Perpetual conflict was the aim, and the idea that World War II would have ended had the Nazis won is an illusion; it would have been followed by other conflicts, principally with America. In this way, defeat was built in to the Nazi war effort from the beginning,” he says.

The memorial lecture aims to make academic history relevant and accessible to a wider audience.

Sir Richard is visiting the University as a James and Jean Davis Prestige Visitor.

Film screening of ‘Denial’ and an interview with Prof Sir Richard Evans.

The 2017 Michael King Memorial Lecture: War in the Nazi Imagination.