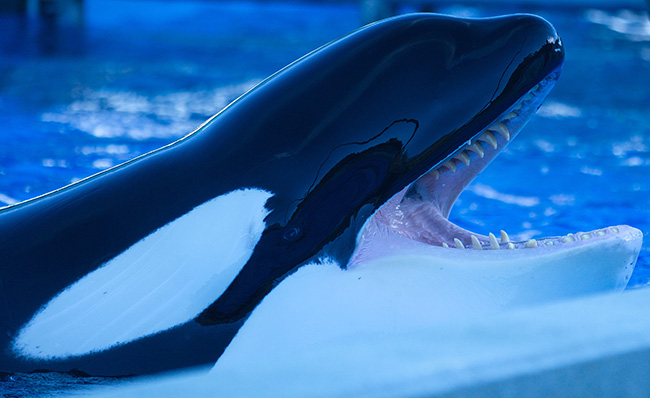 An international research team that includes a University of Otago scientist has undertaken the first in-depth investigation of the teeth of captive orca (killer whales) and have found them a sorry state, which raises serious concerns for these majestic mammals' overall health and welfare.

Anyone with a toothache knows how painful and distracting that can be - in orca which have around 48 large teeth, a sore tooth is likely no less painful or debilitating than for a person. Now, a new international study published in the journal Archives of Oral Biology, found that every individual examined had damaged teeth.

Study first author Professor John Jett of Florida's Stetson University, an ex-orca trainer, says the team investigated 29 orca owned by one company and held in the USA and Spain.

"Every whale had some form of damage to its teeth. We found that the more than 65 per cent possessed moderate to extreme tooth wear in their lower jaws, mostly as a result of chewing concrete and steel tank surfaces."

Additionally, the researchers found that more than 61 per cent of the orca they studied have "been to the dentist" to have their teeth drilled. Officially termed a "modified pulpotomy", a hole is drilled into the tooth to extract the soft pulpy tissue inside. 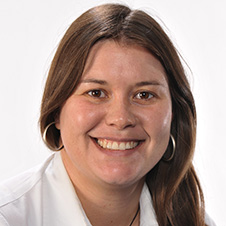 Study co-author Dr Carolina Loch, a Faculty of Dentistry researcher at New Zealand's University of Otago, specializes in the dentition of whales and dolphins, and says that unlike us, the resultant hole is not filled or capped, but rather is left open for the rest of the animal's life, requiring daily flushing with chemicals to keep the teeth empty of food and bacteria in an attempt to manage resulting infection.

"Once the tooth gets worn to the point where the pulp is exposed this opens up a channel for disease and infection, so the staff then drill the teeth," Dr Loch says.

Dr Jeff Ventre, another of the study authors, also an ex-orca trainer and now a medical doctor, says that he had drilled orca teeth in his former work. "Teeth damage is the most tragic consequence of captivity, as it not only causes morbidity and mortality in captive orcas, but often leads to chronic antibiotic therapy compromising the whale's immune system, as we saw recently with the orca known as Kasatka," Dr Ventre says.

Dr Loch added that a drilled tooth is severely weakened and if any other trauma occurs, fractures will happen.

"We have documented more than 60 per cent of the second and third teeth of the lower jaws were broken and this high number is likely linked to the drilling."

During his time as a trainer, Dr Ventre says that he had witnessed "whales breaking their teeth on steel gates while jaw popping. Small tooth fragments were then collected below the gate while diving the pool".

Jordan Waltz, an investigative researcher and co-author noted that "the damage to the teeth of these animals is so severe that most individuals can be identified by the specific fractures and tooth wear alone, much like forensic pathologists use for identification of humans post-mortem."

Dr Ventre also noted that "the obligatory daily teeth irrigations render the compromised orcas poor candidates for full release", should companies ever make the transition to look at rehabilitation for their captives.

Co-author Dr Ingrid Visser, a New Zealand-based scientist who has studied orca in the wild for more than three decades, has long been advocating for an end to orca captivity.

"We know that confining them in tanks is bad for the animals and this research now gives us some hard numbers to illustrate just how their health and welfare is compromised.

"Given how big the root of an orca's tooth is and that orca have a nervous system similar to ours, these injuries must be extremely painful.

"Compared to free-ranging orca, the teeth of captive orca are incredibly compromised and you just don't see this type or level of damage in the wild," says Dr Visser.

Dr Loch points out that "dentists have long said that oral health is a measure of general health as our mouths are the gateway to our body," and she believes that this is likely the same for orca.

Professor Jett concludes: "We have documented that tooth damage starts at a very early age in captivity and that all the orca in the study have issues with their teeth. Teeth are incredibly important to the overall health of an animal, and the results of our study should raise serious concerns for the health and welfare of captive orca."

Using high-resolution photographs, individual teeth in the mandible and maxilla of captive orca were scored for coronal wear, wear at or below the gum line, fractures, bore holes and absence.
Dental damage was commonly observed across all captive whale cohorts, with damage beginning early in a whale's captive life.
Forty five percent of whales exhibited "moderate" mean mandibular coronal wear, and an additional 24 per cent exhibited "major" to "extreme" wear.
More than 61 per cent of mandibular teeth 2 and 3, and 47 per cent of mandibular tooth 4, exhibited evidence of having undergone the 'modified pulpotomy' procedure.
Aggression amongst the whales and repetitive oral stereotypies such as biting on hard tank surfaces likely contributed to the tooth pathology observed.