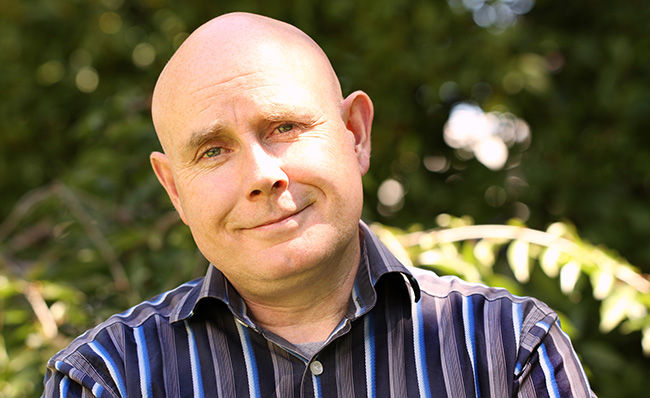 Scientists working in the vanguard of new genetic technologies have issued a call to ensure that possible applications in conservation will only affect local populations.

Professor Neil Gemmell, the head of the University of Otago’s Department of Anatomy, believes there is still “huge merit” in using technologies for conservation work.

However, he says that standard self-propagating versions “may be uncontrollable” and therefore unsuited to conservation.

In an article published today in PLOS Biology, Professor Gemmell and Assistant Professor Kevin Esvelt of MIT, who first described how gene drive could be accomplished by making CRISPR genome editing heritable, examine the possible consequences of the accidental spread of existing self-propagating gene drive systems.

New Zealand is considering genetic technologies to help eliminate rats, mice, stoats and possums. A gene drive system promotes the inheritance of a particular genetic variant to increase its frequency in a population, which would require fewer invasive organisms to be released in order to spread infertility and ultimately eliminate the population.

In the article, the authors say that Professor Esvelt's original suggestion that self-propagating gene drive systems might be suitable for conservation “was a mistake”.

“The bottom line is that making a standard, self-propagating CRISPR-based gene-drive system is likely equivalent to creating a new, highly invasive species – both will likely spread to any ecosystem in which they are viable, possibly causing ecological change.”

Introducing such a system “without the permission of every other country harbouring the target species would be highly irresponsible”, they say.

“Even assuming that national sovereignty is morally irrelevant, the social and diplomatic consequences of an unconstrained release should give us pause.

“CRISPR-based gene drive is arguably the technology most likely to help eradicate human scourges such as malaria and schistosomiasis. It would be a profound tragedy if New Zealanders – or anyone else – inadvertently caused an international incident and consequent loss of public confidence in scientists and governance that interfered with its use.”

Professor Gemmell says there is strong impetus to use gene drives and other tools to meet the goal set by the government, and supported with $60 million, to eradicate mammalian pests by 2050. But only localized drive systems, including Professor Gemmell's 'Trojan female' technique, Professor Esvelt's recent 'daisy drive' technology, and 'precision drive' approaches that target mutations known to be unique to a particular population, are safe enough to consider.

“The rationale for this goal is simple – mammalian pests remain one of the key threats to the ongoing persistence of New Zealand's native flora and fauna, which has evolved in isolation without such threats for at least 28 million years or more.”

“Control of these pest species is a cornerstone of conservation efforts in New Zealand and we see strong dividends in increased reproductive and survival rates of, for example, kiwi when predator control is undertaken. Where predator control is absent, more than 90 per cent of kiwi die before they are a year old.”

“New Zealand’s ambitious goal to eradicate these mammalian pests is already generating global interest, in part because there are strong lobbying groups advocating for and against the use of gene editing in a conservation framework,” Professor Gemmell says.

“The New Zealand initiative provides an obvious focal point for this emerging debate. But the topic has global relevance and context because gene drives have been proposed for use in other locations where mammalian invaders are a conservation issue, such as the Farallon Islands off San Francisco and the Galapagos Islands.”

The PLOS Biology article calls for an open discussion about technologies considered for the New Zealand context that could readily have global ramifications.