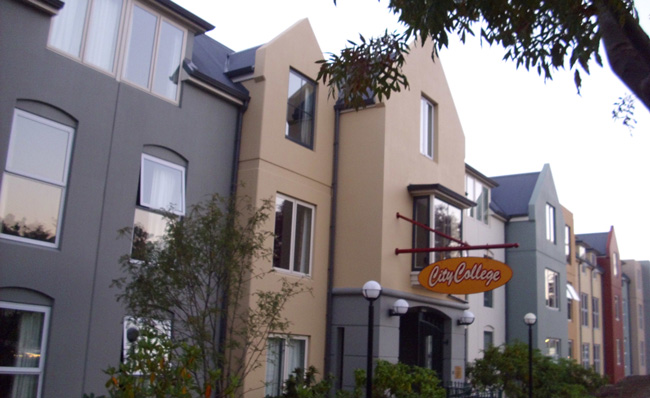 The University of Otago has announced that City College will be renamed the Caroline Freeman College.

Caroline Freeman enrolled at the University of Otago in 1875 and graduated with a Bachelor of Arts degree on 27 August 1885. She also won the Bowen essay prize, which was open to all New Zealand undergraduates.

Caroline Freeman was a strong, pioneering woman. She walked to and from Green Island to attend her lectures while she also supported herself by teaching and tutoring, Professor Hayne says.

One member of University staff commented publicly that had Caroline Freeman been a fighting man instead of a studious woman, she would have merited decoration for her “pluck and perseverance”.

She went on to found her own private secondary schools in Dunedin and Christchurch - both named Girton College.

“The University of Otago was the first university in this part of the world where women could study. This is a part of our history that brings us great pride. I am very pleased to recognise that proud history by renaming our College after our first female graduate,” Professor Hayne says.

The Polytech is opening its own student accommodation early next year and no longer requires places in this College.

Professor Hayne says that Otago’s residential colleges help students with their studies, provide pastoral care and foster opportunities for personal growth. They help students learn how to live respectfully in a diverse group and regulate their own behaviour. Students develop a strong sense of community, make life-long friends and have great fun.

The University’s residential colleges are forging closer links worldwide with other great collegiate universities like Oxford, Cambridge and the University’s Matariki partner Durham. All focus on supporting students academically, personally and culturally to foster success – rather than providing only minimally serviced student housing.

“As the leading institution in New Zealand in this area, we are looking overseas at the very top-level collegiate universities internationally to find our equal and benchmark against them,” Professor Hayne says.
The 210-bed City College in Cumberland Street, Dunedin, opened in 2000 and is run by the Dunedin City Tertiary Accommodation Trust, which is made up of representatives from both the University and the Otago Polytechnic. The Trust will wind up about April next year.

University of Otago Campus and Collegiate Life Services Director James Lindsay says the 70 places Polytechnic students will no longer use at City College will increase capacity for University scholarship students.

“We have an increasing need in this area, and owning the College fits well with our goal to provide an outstanding residential college environment and student experience that will complement scholarly excellence.”

“It will also provide additional decant space that will allow the University to continue to upgrade other colleges in the future.”

Mr Lindsay says the University has a strong and positive relationship with the Polytechnic, “and our joint affiliation with them at the College over the years has helped to cement this”.

Otago Polytechnic Chief Operating Officer, Philip Cullen, agrees, and says the time is right for the Polytechnic to move on from the College.

“Our state-of-the-art student village is under construction, which will provide 231 beds for our students. It’s our own facility in the heart of our Polytechnic campus, so it makes sense for us to focus our energies there.”

Caroline Freeman was born to an English farming family near Halifax in England then emigrated to Otago as a child in 1858.

The family farmed at Abbotsford and Caroline attended Green Island School, where she was Dux in 1866 and then served as the single-room, rural school’s first pupil teacher from 1868 to 1872.

She had no secondary education but kept studying and became infant mistress at the expanding, urban Caversham School in 1872.

At University, she walked seven miles home to Green Island after lectures each day while also supporting herself by teaching. Finally, failing health forced her to take rooms in Dunedin.

When she walked on stage to graduate from University, fellow students clapped, cheered, threw bouquets and burst into song. The Medical School’s Dr William Brown then spoke about higher education for women.

She died of a heart attack at her home in Christchurch on 16 August 1914. Her pupils erected a tombstone to “The beloved teacher and guide of many of New Zealand's girls”.