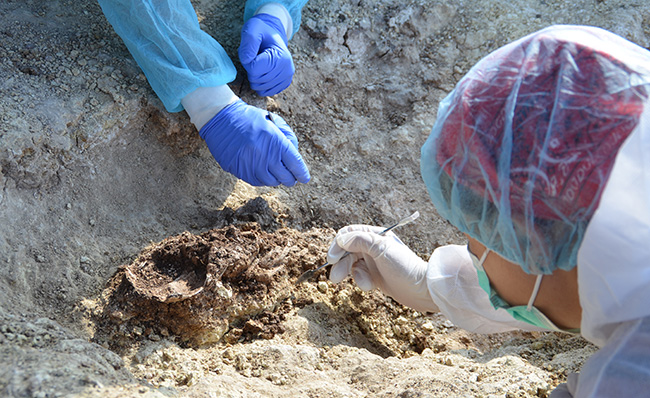 An international team of researchers have uncovered new findings about Mediterranean populations in the 3rd and 5th centuries. Photo: supplied.

Important new clues about population mobility in the Mediterranean between the 5th and 3rd centuries BCE have been uncovered by an international team of researchers, co-led by a University of Otago academic.

Professors Lisa Matisoo-Smith, of the University’s Department of Anatomy, and Pierre Zalloua of the Lebanese American University, led a team studying DNA from four ancient Phoenician and Punic burial sites in Lebanon and Sardinia. 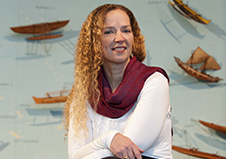 They looked at mitochondrial genomes, which are maternally inherited, in a search for markers of Phoenician ancestry.

Their results, just published in the journal PLoS ONE, indicate that Phoenician trade networks and settlement strategies included both assimilation of indigenous women in Phoenician sites as well as the introduction of foreign women, not only from other Phoenician settlements but possibly from further afar.

Continuity of population ancestry between Phoenician and pre-Phoenician people in Sardinia is consistent with archaeological evidence of integration between the cultures.

"We also found mitochondrial DNA that was likely from North Africa or the Near East and even a lineage that is from Northwestern Europe, which today is found at high frequency in southern Ireland – a location linked to Phoenician traders in search of tin,” says Professor Matisoo-Smith.

One individual buried in a Phoenician tomb in Beirut was even found to have Western European mtDNA lineage.

Professor Zalloua points out that “this DNA evidence reflects the inclusive and multicultural nature of Phoenician society’’.

"They were never conquerors, they were explorers and traders,’’ he says.

Professor Matisoo-Smith believes the research reveals a lot about Phoenician societies across the Mediterranean.

"They were inclusive and integrative of the indigenous peoples and there was much mobility, often over great distances, around the Phoenician networks. It is also likely that mobility included women as well as men, despite the fact that Phoenician trade was male-dominated.

"It also shows us that identity is a cultural phenomenon; most of the samples that we have are culturally Phoenician (they were buried as Phoenicians), but genetically, they are diverse.’’

One of the great ancient civilizations, Phoenician culture emerged from the coastal city states in what is now Lebanon and Southern Syria around 1800 BCE. By the 9th century BCE Phoenicians had spread across the Mediterranean, establishing settlements on the islands and coasts of North Africa, Spain, Italy (e.g. Sardinia and Sicily), Malta and Cyprus.

From the middle of the 8th century BCE, pressured to provide silver and other metals to the Assyrian Empire, the Phoenicians looked to the west and dominated trade on the Mediterranean Sea for centuries.

Publication details:
Ancient mitogenomes of Phoenicians from Sardinia and Lebanon: A story of settlement, integration, and female mobility.