Surgeons look to do the right thing by their patients

New Zealand surgeons are often prepared to treat an abnormality discovered during an elective surgical procedure in the absence of patient consent, especially if the patient’s health is threatened and the risk of the additional procedure is low.

This is a key finding in two University of Otago research papers released in today’s New Zealand Medical Journal which lead researcher, University of Otago Ralph Barnett Professor of Surgery, Andrè van Rij, says are significant as they are believed to be the first international studies where surgeons, patients and the public are asked their views on incidental findings during surgery. 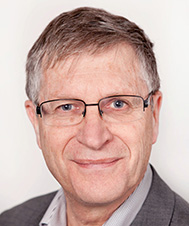 Both the general public (331 respondents) and patient’s (368) views were similar to the surgeons (151), with most preferring to proceed with treatment in 75% of the hypothetical scenarios.

Occasionally during surgery, an additional abnormality is found which is unrelated to the condition for which the procedure is being undertaken. These are referred to as “incidental findings” such as a leaking blood vessel or suspected cancer.

Results show a similarity of views between all parties and most support a clause within the consent form that would trigger a discussion of incidental findings during the patient consent process.

However, the researchers found there are currently no such clauses in many consent forms being used in New Zealand. About half of the surgeons working in public hospitals believed there was no such clause present; about a third believed that such a clause was included and the remainder were unsure. 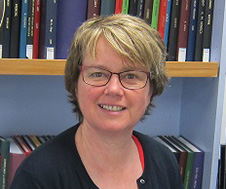 Professor van Rij says he hopes the research will lead to changes in the consent process.

“Something needs to be done about it because it would help patients understand the system better and it would also help surgeons because they are caught in a dilemma.”

In New Zealand, such treatment may be in breach of The Code of Health and Disability Services Consumers’ Rights. Surgeons may also be subject to disciplinary proceedings.

Most surgeons and trainees interviewed agreed that under certain conditions, when risks are modest and benefits are significant, proceeding immediately with treatment for an incidental finding could be acceptable.

However, some surgeons are a little more likely to proceed with treatment and others less so.

Of concern, the researchers say, are those few surgeons who would proceed without specific consent, when the risk of doing so is significant and the incidental finding is of low-impact.

At the other end there are a few who would be less likely to proceed with treatment even when the finding is of immediate serious clinical significance and the added risk only modest.

Professor van Rij says these findings are not surprising given in life in general, there’s a range of responses people have, some taking more risks than others and doctors and patients are equally inclined.

Gender comparisons revealed more men (83%) than women (73%) were in favour of proceeding when the additional operative risk was low with consent to do so.

Lawyer Jeanne Snelling, a lecturer in the University of Otago Bioethics Centre and Law Faculty; Associate Professor Lynley Anderson, Head of Department, Bioethics Centre; Jasper Diong, Assistant Research Fellow in the Dunedin School of Medicine’s Department of Surgical Sciences and Rachel McKenzie, a medical student from the Dunedin School of Medicine are co-investigators in the paper investigating current practice and ethical implications for surgeons.

Together with this research team, Jamie Thomas, Assistant Research Fellow in the Dunedin School of Medicine’s Department of Surgical Sciences and Professor Frank Frizelle, Head of Department, Department of Surgery, University of Otago, Christchurch were also authors in the patient and public perspectives study.

Their research has also been published in the British Journal of Surgery and Otago Law Review.