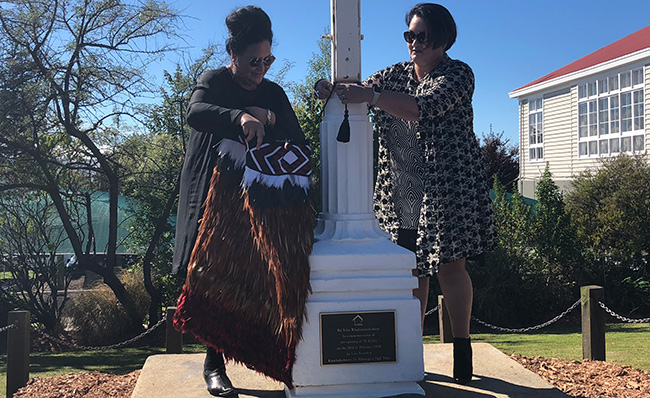 A new iwi-driven health village focusing on affordable, high quality health and social services in partnership with the University of Otago officially opened its doors in Dunedin today.

Around 200 people attended the opening of Te Kāika, which aims to deliver a number of health and well-being services for Māori, Pasifika and low income families. It is situated in the former College Street School in Caversham, Dunedin.

Te Kāika is a partnership between Arai Te Uru Whare Hauora, Te Rūnanga o Ōtākou, and the University of Otago. It is run by Ōtākou Health Limited (OHL), a charity founded in 2015 aimed at bringing affordable health and wellbeing services to Dunedin. 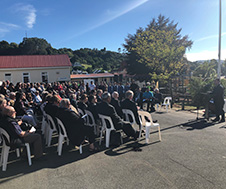 Komene Cassidy from the Centre for Māori Development, University of Otago, addresses the crowd at the Te Kāika opening.

The initiative, which has been three years in the making, aims to inspire other areas to take up a hub-based model of health services.

“This is about being really pragmatic and saying people live complex lives, and we need to be able to respond to that complexity without freaking out about it,” Ms Matahaere-Atariki said.

“Given the group we were focused on were those historically under-served by those institutions, it wasn’t about doing things for people – it was about creating an environment to help people make their own decisions.”

Among those at the opening was former Whanau Ora minister Dame Tariana Turia, who praised Te Kāika for being an inspirational model of collaboration.

“In many ways what you’re doing is reflecting on the foundational essence of your community, and identifying the diverse strains that make us this village, and that is something to be proud of,” Dame Turia told the crowd.

“Te Kāika is exactly what we intended for Whanau Ora.” 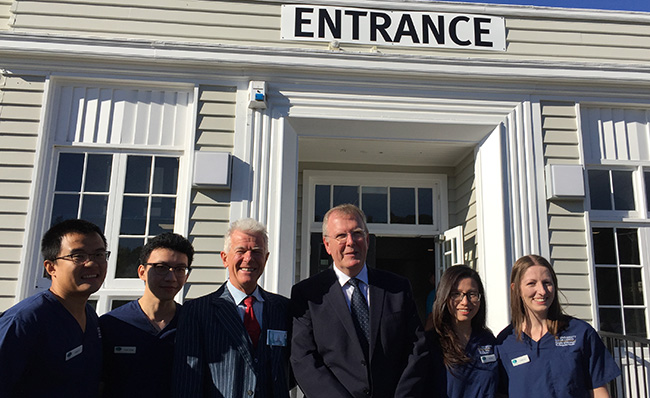 The University of Otago will also use the centre to train a number students from across the Health Sciences schools, including medicine, dentistry, pharmacy and physiotherapy.

The University’s Pro-Vice Chancellor (Health Sciences) Professor Peter Crampton told the crowd there were a number of key benefits for all parties.

“The University of Otago is very proud, and humbled, to be a partner in this initiative led by Ngāi Tahu,” Professor Crampton said.

“And let me remind everyone again why Te Kāika is important – because we aim to provide a range of high quality health and social services to support whanau, Pacific families and low income families in Dunedin in order for them to be in control of, and in charge of, their lives.”

Te Kāika will provide opportunities to use existing funding in ways that match the needs of whānau and low-income families.

Initially focused in the Dunedin south area, it is expected to attract families from across the city.