Extreme weather brings rafts from the sub-Antarctic to New Zealand 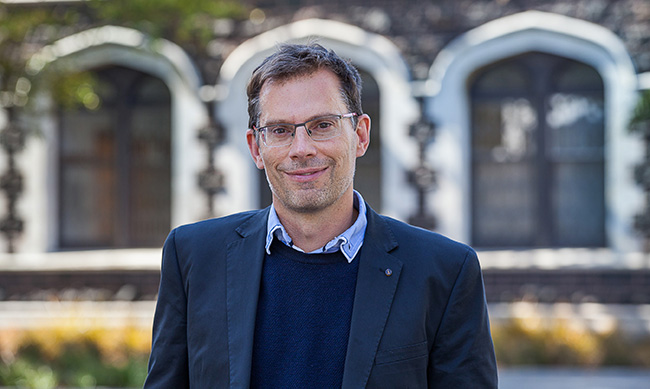 Professor Jon Waters, from Otago's Department of Zoology, has led a team of researchers to uncover how recent storm activity has impacted marine biology.

An unusually large amount of storm activity in southern New Zealand over the past 12 months has provided new insights into how extreme weather events can impact marine biology.

A University of Otago study investigating the effects of major storms on marine species has been published this week in the British interdisciplinary Journal of the Royal Society Interface. 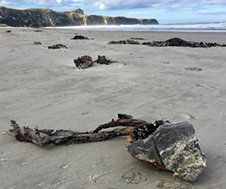 The University of Otago team, led by the Department of Zoology’s Professor Jon Waters, used DNA and geological evidence to establish the origins of kelp rafts driven onshore by cyclonic winds in April and July, 2017.

The researchers found that numerous kelp rafts driven onto Dunedin beaches by the July 21st storm had travelled at least 1200 km at sea - from the remote sub-Antarctic Macquarie Island. The unusually strong southerly winds drove these rafts north, across the Subtropical Front - a major ocean barrier, allowing them to reach mainland New Zealand.

“While we have long suspected that kelp rafts can drift for long distances, these findings represent some of the longest natural rafting events ever documented anywhere”, Professor Waters says. 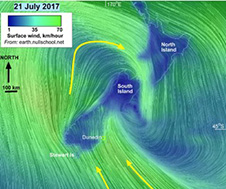 Some of the key evidence for long-distance rafting comes from exotic rocks found attached to some of the kelp rafts.

“These rocks clearly show that many of the rafts have come a long way, from very distant geological sources”, says study co-author, Professor Dave Craw from the University of Otago’s Department of Geology.

The study also found several rocky-shore animal species such as limpets and chitons were able to raft with kelp to reach Dunedin.

“We’ve often wondered how some coastal species come to be distributed so widely across the Southern Hemisphere. It’s now becoming clear that storms might play a really big part in this”, Professor Waters says.

The study thus may help to explain how some rocky shore species come to be widely spread across remote parts of the Southern Ocean.