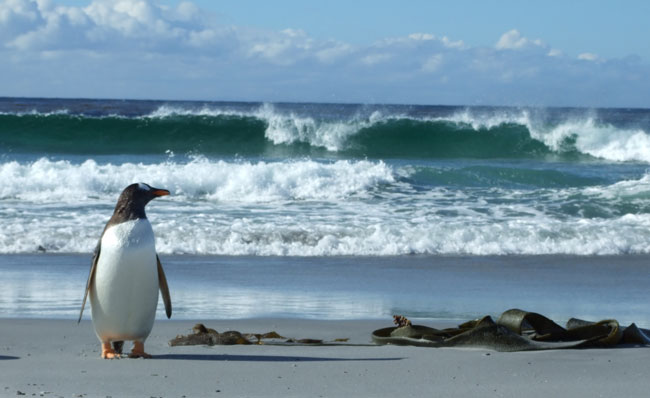 This latest study identifying that the Antarctic is not as isolated as once thought, builds on a previous Marsden-funded project led by Professor Jon Waters. The research, reported today in Nature Climate Change was undertaken by an international team, including Professor Waters. 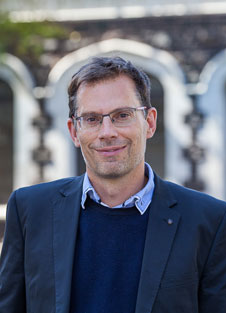 Antarctica is not as isolated from the rest of the world as scientists have thought, new research reveals, with potential for drifting plastics to create problems in the continent in future and new species to colonise there as the climate warms.

The research reported today in Nature Climate Change by an international, multidisciplinary team of scientists including Professor Jon Waters from the University of Otago’s Department of Zoology and led by former PhD student Dr Ceridwen Fraser, shows kelp had drifted 20,000km to reach the Antarctica – making it the longest known biological rafting event ever recorded.

To get there, the kelp – which drifted all the way from the Kerguelen Islands in the Southern Indian Ocean - had to pass through barriers created by polar winds and currents that were, until now, thought to be impenetrable.

DNA samples taken from the kelp revealed it had drifted from the Kerguelen Islands and another specimen from South Georgia. This meant the routes they took to reach Antarctica must have been tens of thousands of kilometres long.

“This study shows that Antarctica is not as biologically isolated as previously thought – by demonstrating that rafting biological material can cross Southern Ocean barriers to reach the shores of Antarctica,” Professor Waters explains.

The research changes the way scientists think about Southern Ocean oceanography, where storms can play a big role moving drifting material. The findings have important implications for the science of ocean drift that is used to track plastics, aeroplane crash debris and other floating material across our seas.

“The results suggest that Antarctica won’t be immune from drifting plastics that are increasingly a problem in the world’s marine ecosystems,” Professor Waters says.

“It also highlights the potential for new species to colonise Antarctica as the climate warms.”

Lead author Dr Fraser, a former University of Otago PhD student now based at the Australian National University, says the finding shows living plants and animals can reach Antarctica across the ocean, with temperate and sub-Antarctic marine species probably bombarding Antarctic coastlines all the time.

“We always thought Antarctic plants and animals were distinct because they were isolated, but this research suggests these differences are almost entirely due to environmental extremes, not isolation,” Dr Fraser says.

The new research also shows Antarctica’s ecosystems could be more vulnerable to global warming than previously suspected, she says.

“Parts of Antarctica are among the fastest warming places on Earth. If plants and animals get to Antarctica fairly frequently by floating across the ocean, they will be able to establish themselves as soon as the local environment becomes hospitable enough.”

The study builds on a previous Marsden-funded project led by Professor Waters together with Dr Fraser. The basic knowledge generated by the original Marsden study made this new study possible.