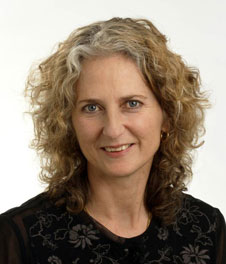 Imagine if those scuffling sounds you hear in your garden at night were kiwi poking around looking for bugs. According to two University of Otago academics, the idea is not so far-fetched.

Associate Professor Yolanda van Heezik and Professor Philip Seddon, of the Department of Zoology, say the restoration of New Zealand’s native species should not be limited to national parks or isolated islands of protection – creatures like kiwi, bats, and tuatara could also be reintroduced into suitably prepared urban areas.

In a study just published in Pacific Conservation Biology, they argue we can co-exist with New Zealand’s “unique and iconic species on a day-to-day basis”, we just need to “be prepared to create an environment that is safe for them, and that provides them with the basics they need to live and reproduce”. 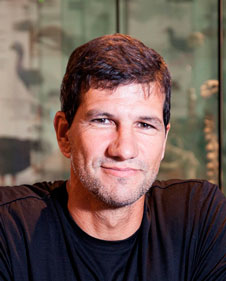 “We were surprised by the depth of the responses we received, and that everyone we invited to contribute replied. This suggests to us that all the respondents to our survey, most of whom live in urban areas, have clear visions of the natural world they aspire to live in,” Associate Professor van Heezik says.

While social engagement and habitat quality were identified as important limiting factors to urban reintroductions, pets such as cats and dogs were highlighted as posing the greatest hurdle to successful restoration of native species.

“The control of companion animals requires social licence that is currently largely absent. While kiwi could probably thrive in town belts and bush fragments around the edges of cities, dogs would be a major problem,” she says.

Most of the other restoration candidates are potentially prey to cats, and 35 per cent of New Zealand homes own at least one cat. Most, but not all, cats regularly hunt native birds, lizards and invertebrates.

“Effecting change in attitudes and values with respect to cat ownership is a challenge, but reintroductions of some of the more vulnerable species into urban areas will fail unless residents value native wildlife more, and are willing to contain their cats.”

Associate Professor van Heezik believes advocacy campaigns focusing on the benefits to the cat of being kept inside can have a positive effect on attitude change.

If native creatures were reintroduced into urban areas, the benefits would be far-reaching, particularly for the well-being of humans.

“There’s a strong link between exposure to nature and physical, psychological, and spiritual well-being in children and adults. Urban restorations of species would help counter the ongoing estrangement of people from nature, termed ‘the extinction of experience’,” she says.

Along with transforming cities into places rich in native species, the process of community involvement in reintroductions would result in community conservation benefits.

“New Zealand’s native animals are a large part of our national identity – they contribute to what make us unique. Let’s embed that sense of identity into our everyday lives, by creating living environments that support native species.”