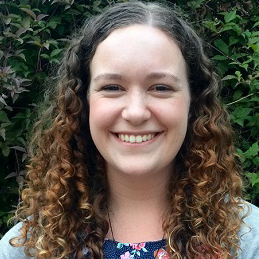 There are calls from a University of Otago planning graduate for greater recognition and involvement of iwi and hapū surrounding the development of city spaces.

Both developments illustrated a number of Māori urban design principles, derived primarily from mana whenua priorities and practices. She found these consultations had a significant influence on decision making and the final physical forms of these projects.

Her thesis is part of a wider study examining urbanisation and post Treaty settlements in First Nations in Canada and Ngāi Tahu in New Zealand. Head of Department of Geography, Professor Michelle Thompson-Fawcett, is co-ordinating the project along with Dr Janice Barry of University of Waterloo in Canada.

“I’d like to think it highlights progress and a shift in thinking about urban design and encouraging people to engage with iwi or hapū to consider how they see themselves in spaces, whether that be urban or rural.

“Hopefully it encourages people to think a bit more outside the box and consider more than one narrative to a landscape.”

She says the research has helped her understand cultural representation within urban spaces.

“It has also helped me understand the different ways we can see ourselves in these spaces, and I think most importantly for Māori to see themselves in colonised spaces.

“We are in this post-Treaty context where you now have an iwi being able to operate as a property developer to create economic returns,” she says.

“But they’re operating under a different mandate. One of the key differences is they have a long term, never diminishing obligation back to Ngāi Tahu and all the local runanga they may be operating with.”

Alexandra, who graduated on August 18, has since started working as an environmental advisor with Ngāi Tahu.

She says there are a number of benefits to having consistent discussions with iwi and hapu throughout developments, as Christchurch rebuilds post-earthquakes.

“It’s the setting up of advisory boards or groups with some time to help with that engagement and having that korero in a meaningful way.

“It’s important because it can really create a space that’s enjoyable and reflects a wide variety of values.”