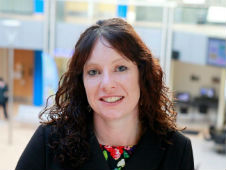 Trooper, champion, and hero versus coward, weirdo, and killjoy. How tertiary students refer to their peers depends on how much alcohol they consume, a University of Otago academic has found.

The harm alcohol can cause is widely known, with those who drink to excess being at risk of amnesia, aggression, hospitalisation, sexual disinhibition, and loss of control.

Dr Kirsten Robertson, of the Department of Marketing, says alcohol is of particular concern in student populations, worldwide, where binge drinking is considered a normal social activity.

However, limiting alcohol consumption in such a culture of intoxication leaves students stigmatised, ostracised or the subject of peer pressure.

She believes institutions and policy makers need to interrupt the social practice of drinking by developing alternative ways for students to develop their identity.

In the study, published in Substance Abuse: Research and Treatment, she used peer-to-peer interviews to find out how students who moderate their alcohol consumption, as recommended by national guidelines, are perceived.

Those who drink heavily were labelled positively and viewed as sociable. On the other hand, those who limit their drinking were viewed similarly to those who abstain and were labelled using explicit, emotive and derogatory terms. They were also expected to provide justification for moderating their drinking.

The study also revealed how drinking in moderation is not considered a viable option for students as it was viewed as illogical and threatened their social identity, Dr Robertson says.

“The perception of students who do moderate their consumption was extremely negative. They were ascribed a negative social identity, for example ‘buzzkill’, and described as anti-social as they ‘didn’t fit in’ and ‘let the team down’.”

Dr Robertson says such a normative culture of heavy drinking, as well as the significant barriers to abstaining, raises the question of whether students have unimpeded choice to drink in moderation.

However, the study findings also show that having commitments the next day is seen as a reasonable justification for moderating consumption.

“Disruptive practices, such as volunteer work, paid employment and sport, need to act as a barrier to heavy drinking,” she says.

“National alcohol consumption guidelines are not sufficient to address patterns of heavy drinking in cultures of intoxication. Public policy must tackle the underlying culture.

“There is a need to develop alternative cultures emphasising extracurricular activities to facilitate students’ agency to go against the norm.”