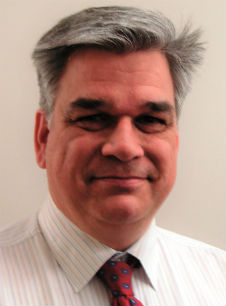 Studying the liver health of a high-risk, hard-to-reach gang population certainly came with challenges and a few surprises, a University of Otago academic says.

Associate Professor Michael Schultz, Head of the Department of Medicine, says New Zealand has a high percentage of undiagnosed hepatitis B and C cases.

The Mongrel Mob is the largest gang in New Zealand and, thanks to known risk factors for hepatitis C, such as a high incarceration rate, common intravenous drug use, and uncertified tattooing, their members and relatives are considered to be a high-risk hepatitis C group.

“Knowledge of hepatitis and how it is transmitted are essential for disease prevention and management,” he says.

Dr Schultz says the researchers were provided with a unique opportunity to study the Mongrel Mob, a group considered to be hard-to-reach and marginalised, generating the first data of this kind.

Of most concern was the “marginal” knowledge the study participants had about viral hepatitis. On average, the participants scored 43.3 per cent on a knowledge questionnaire, compared to 59.4 per cent in the general population.

“Knowledge about some aspects of viral hepatitis, such as risk factors, transmission, symptoms and treatment options was very low,” Dr Schultz says.

The researchers found a significant link between lack of knowledge and risky infection behaviours among the group.

“Education is key to stopping hepatitis C from spreading. This study demonstrates the need for educational screening programmes to aid early detection, prevention and treatment,” he says.

The researchers also identified several areas of concern about the general liver health of the group: participants displayed three times higher rates of liver inflammation and damage compared to the general population; one-fifth had significant to severe levels of liver fibrosis and cirrhosis; exceptionally high levels of alcohol consumption, in both frequency and quantity, were identified; and the group was found to have more than two times higher obesity rates than the general population.

“Given that about 35 per cent of the group visited their GP less than once every five years, they are highly concerning findings,” Dr Schultz says.

While surprised by the willingness of the participants to be involved in the study, Dr Schultz believed having a person on the team who came from a gang family helped break the ice.

“While the planning wasn’t all that easy, once there, everybody was really open, interested, and asked questions. We felt welcome, not threatened at all. They were very nice and co-operative and really interested, despite what we think we know about the Mongrel Mob.

“I see this as one of the most interesting and challenging projects I have done. It certainly took me out of my comfort zone.”

He was particularly pleased the study provided a unique opportunity to engage with an entire community, and provide knowledge that disseminated outside the immediate study group.

The Mongrel Mob has also worked with Otago academics to study lung function and smoking habits. Dr Schultz believes there is scope to also work with the gang on projects targeting diabetes and hypertension, though nothing is currently planned.

As it proved such a successful model for community-based educational health intervention, the study format could also be extended to other subjects.

“With some persistence and good planning, it is possible to reach these people.”