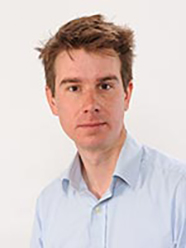 In the recently released report Animal Welfare in New Zealand; Oversight, Compliance and Enforcement, researchers evaluate how the Ministry for Primary Industries’ (MPI) animal welfare compliance arm and the Royal Society for the Prevention of Cruelty to Animals (RNZSPCA) enforce the Animal Welfare Act (1999).

The MPI received NZ$660 million in its allocated annual budget for the 2018–19 financial year, but of this only NZ$10.8 million (1.6 per cent) was allocated to all aspects of animal welfare enforcement, education, and policy advice.

This meant in 2018 the MPI recommended prosecution in 26 cases (or two per cent) of the 1,190 complaints it received; a significantly lower rate than other criminal offending.

Similarly, in 2017–2018 the RNZSPCA inspectorate cost more than NZ$9 million to run and received NZ$400,000 from the government. While it responded to 15,584 complaints only 62 formal prosecutions (0.4 per cent of complaints received) were made.

“Only the most egregious breaches of the Act lead to prosecutorial action. We wanted to find out more about why prosecutions remain low and are only ever initiated where there is a particular degree of severity involved,” he says.

The report argues the direct effect of the under-resourcing of the sector is that neither MPI nor the RNZSPCA have the capacity to engage in proactive enforcement. Instead, both agencies rely upon reactive enforcement through public compliance monitoring (i.e. complaints and reporting of offending from the public) and in some instances, industry self-regulation.

“Self-regulation, such as self-monitoring of compliance by rodeo and animal racing industries, appears to have filled the gap that under-resourcing has created. This is inadequate. It creates confusion with parallel enforcement systems and standards, and there is insufficient independent oversight,” Mr Rodriguez Ferrere says.

The report’s authors used several examples to illustrate the “sociology of denial” peculiar to animal welfare offending that allows the public to exhibit wilful blindness when confronted by animal cruelty.

In rural communities, it is easier for those in charge of animals to conceal offending. Even when offending is detected, there are many reasons why the public – and even Animal Welfare Inspectors – may elect not to report animal welfare concerns.

Improvements to increase detection of animal welfare offending in situations of domestic violence – such as those suggested by the “Pets as Pawns” study and the First Strike Working Group – or to allow for better protection for whistle-blowers are laudable, but they do not address the core of the issue, namely that it still relies upon public compliance monitoring, the researchers say.

The report argues that there is insufficient independent representation of the interests of animals in our animal welfare system. Both the RNZSPCA and MPI face limitations to their capacity to provide this – the RNZSPCA because it is partly an enforcement body under the Act, and MPI because it is partly tasked with protecting and advancing New Zealand's primary industries rather than solely focusing on animal welfare.

Children and the environment are both represented by independent Commissioners who advocate for their interests and offer an independent voice with political authority: the report recommends a Commissioner for Animals be established to provide this.

The research was the result of a research grant from the New Zealand Law Foundation – Te Manatū a Ture o Aotearoa – an independent charitable trust that provides grants for legal research, public education on legal matters, and legal training.