A child’s chance of entering the child protection system is intrinsically linked to the deprivation of the area in which they live, University of Otago research has highlighted.

The study, published in Children and Youth Services Review, puts contact with the system into social context, in a similar way to health inequalities. 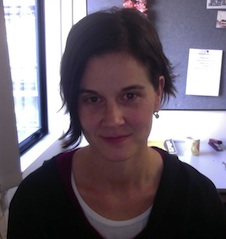 “Usually contact with child protection systems is viewed as only to do with parents and families, but this research shows the influence of social context,” she says.

The researchers looked at data on the nearly 14,000 children who had a substantiated case of abuse, family group conference, or were put in foster care, in 2013–14. They found a marked relationship between deprivation and contact.

By ranking areas from one to 10 using an established measure of deprivation, NZDep, they found 36 per cent of all substantiated abuse cases and 28 per cent of all placements to foster care occurred in the most deprived areas (NZDep10).

The study also highlights the intersections of class and ethnicity in system contact – as more Māori and Pacific families live in highly deprived areas, they are more affected by this relationship.

“Some people might take a 'so what' approach to this research, taking the position that 'everyone knows' contact with the child protection system reflects differences in deprivation levels. But what is surprising about this study, is that it shows that the pattern is widespread, and that there is a really steep and consistent social gradient, with each step in deprivation resulting in a higher chance of contact.

“Such a large disparity should concern us, as it shows that children living in deprived areas have such marked differences in life chances and experiences.

“We have, for example, a much steeper gradient than in England, where children in the most deprived quintile were nearly three times as likely to be in foster care, compared to those in the least deprived, while here they would be six times as likely,” Dr Keddell says.

“Basically, children in equally highly deprived circumstances have a higher chance of coming into care if the small area they live in is within a less deprived region. This suggests other factors than the level of harm a child is experiencing affects children's chances of care.

“This is a social justice issue – we hope children who need care can get it, while those who don't, remain with their families. This threshold should be applied consistently, in order to be fair.”

Dr Keddell is calling on the Government to “consider all causes of the gradient, and act”.

“Policy makers need to address family income poverty, housing stress, and provide more robust preventive services for families. They also need to consider the role of exposure biases for people in more deprived neighbourhoods and how that can combine with racialised bias to lead to ‘over-intervention’ in some communities, and ‘under-intervention’ in others.

“A child and family's chances of system contact shouldn't be determined by where you happen to  live. It's not inevitable – addressing the causes of contact with the system may be more effective at the social, rather than individual level.”