Zoologists demand better action for 2019 “Bird of the Year” 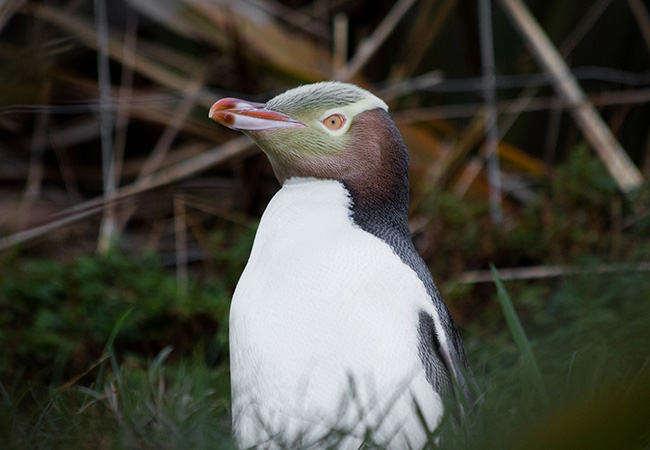 Photo of a hoiho penguin at Penguin Place taken by Kimberley Collins.

University of Otago Zoologists reactions to Hoiho, New Zealand’s endemic and yellow-eyed penguin winning Bird of the Year are bittersweet, and call for better management from agencies tasked with their conservation.

Professor Phil Seddon and Associate Professor Yolanda van Heezik of Otago’s Department of Zoology welcome today’s spotlight on the current dire state of the mainland hoiho population, and argue that now is the time for challenging unpopular opinions.

“Agencies tasked with hoiho management need to abandon the lost hope that the ongoing population decline is a temporary glitch. This is clearly not some unfortunate and unmanageable consequence of unexpected weather conditions. There are things we can manage, but we need to take action now,” Professor Seddon says.

The combined effects of climate change, marine habitat degradation, fisheries pressure, disease events, and unexplained mortality have reduced the mainland population from over 600 nests in the 1990s, to just 225 nests in 2018. This year, mainland nest numbers dropped to a low of just 162 nests.

On top of that, very little is known about the size or security of sub-Antarctic populations on the Auckland Islands and Campbell Island, where other penguin species, including the eastern rockhopper penguin and New Zealand sea lions/whakahao have been declining due to rising sea surface temperatures and fisheries bycatch.

“Our research indicates that the decline in mainland hoiho is not attributable to climate change alone. Management of regional issues including fisheries bycatch, benthic disturbance in areas where hoiho forage at sea, and sedimentation are completely within the government’s power to regulate,” Professor Seddon says.

A recent management plan drafted by the Department of Conservation and Ngāi Tahu, in association with the Yellow-eyed Penguin Trust and the Ministry of Primary Industries, has been widely criticised in public submissions for its flawed process, the exclusion of relevant scientists and hoiho experts, and the complete lack of measurable outcomes for hoiho conservation.

Members of “Team Hoiho” from the University of Otago’s Department of Zoology commend Forest and Bird for the Bird of the Year competition’s ability to draw attention to the plight of New Zealand’s native birds, and hope the public, and decision makers, will push for constructive leadership to conserve and grow the dwindling hoiho population.