Emotion concepts are not the same worldwide

Fear, anger, sadness – while it is often assumed these emotion concepts are the same the world over, new research suggests there is greater cross-cultural variation in “how people think about emotions than is widely assumed", contributor Dr Joseph Watts says. 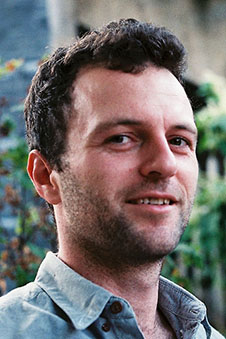 Dr Watts, a Research Fellow in the University of Otago’s Religion Programme, is part of an international project on cross-cultural variation in emotion concepts.

The research team includes psychologists at the University of North Carolina at Chapel Hill in the US, and linguists at the Max Planck Institute for the Science of Human History in Germany; their findings have just been published in one of the world’s top academic journals, Science.

The research combines wordlists from 2,474 languages in 20 major language families. Using a computational approach, the team identified patterns of “colexification” – a phenomenon in which languages use the same word to express semantically related concepts. Persian, for instance, uses the word-form ænduh to express both the concepts of grief and regret.

“This provides a new way of systematically identifying how people conceptualise emotions across thousands of different languages,” Dr Watts says.

By building massive networks of colexification, the team found that there is substantial variation in how languages conceptualise emotion around the world. For example, Nakh-Dagestanian languages from the Caucasus view “grief” as similar to “fear” and “anxiety,” but Tai-Kadai languages from Southeast Asia view “grief” as similar to “regret.” This challenged common assumptions about the universal nature of emotion semantics.

However, variation in emotion semantics was not totally without structure. Language families in close geographic proximity were found to share more similar views of emotion than more distant language families. A likely reason for this is that common ancestry and historical contact between these groups has led to a shared understanding of emotion. This highlights the importance of culture in the way people think about emotions.

Together, the findings of this research suggests that both biological and cultural evolutionary processes shape the way humans think about emotions.

Due to its scope, the research represents a departure for cross-cultural studies of emotion, which typically involve comparing only two cultures or focus on industrialised nations where it is easy to recruit human participants. The study examines common elements from languages worldwide to build large “associative networks” of meaning, and in doing so shows how new approaches in comparative linguistics can expand our understanding of human cognition.