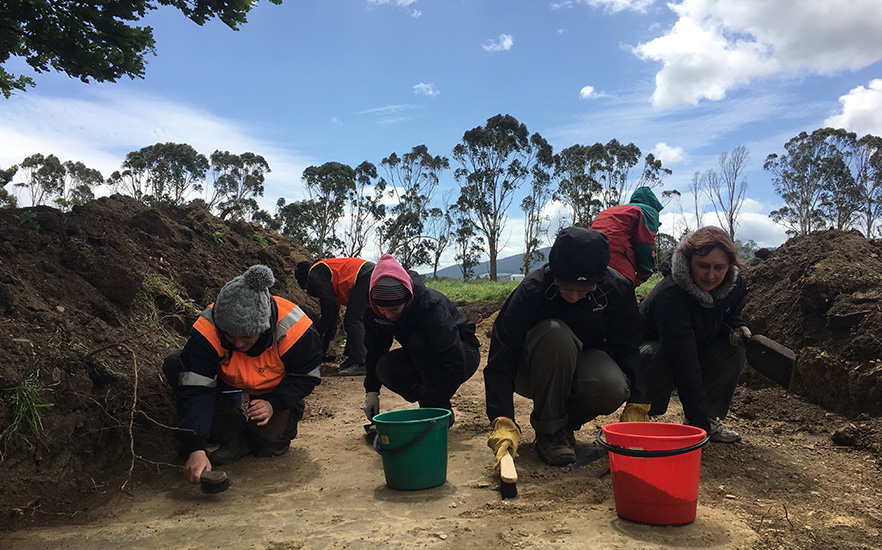 University of Otago research analysing skeletal remains has found evidence of a range of ethnicities present on the Goldfields of Otago, proving some assumptions of the cultural make-up of early settler New Zealand to be inaccurate.

“When we talk about colonial New Zealand we often just think about the British colonists, which cuts out a lot of the cultural diversity present in nineteenth century New Zealand. Our research set out to look at where the people of colonial Otago came from, using direct evidence from skeletons themselves,” says lead author Dr Charlotte King, of Otago’s Department of Anatomy.

The three-year study, part of the larger Marsden-Funded Southern Cemeteries Archaeological Project, examined skeletal remains from both the pastoral settlement of colonial Milton, and the European and Chinese populations on the goldfields in Lawrence. All these people were buried in ‘lost’, unknown and unmarked graves, uncovered during excavations associated with the project. In this kind of context, biological evidence has the potential to reveal more information about these ‘lost’ individuals, than is available in often vague and generalised historic records.

The research, An isotopic and genetic study of multi-cultural colonial New Zealand, recently published in The Journal of Archaeological Science, used isotopic techniques (using chemical signatures in teeth to give an idea of where a person was born), and mitochondrial DNA evidence (which provides details about a person’s maternal ancestry).

The research team found the most geographic diversity in origins in the Ardrossan St (European) cemetery in Lawrence.

“DNA evidence showed that people had European ancestry, but very different isotopic signatures – something that relates more to the specific geological areas they were from,” Dr King explains.

“It seems likely that people buried there came from all over the United Kingdom and Europe. We found one person whose isotopic signatures could only come from a quite warm climate like the Mediterranean or perhaps one of Britain’s more tropical colonies,” adds Dr King.

One surprising element of the research was discovering the variety of places the Chinese population on the goldfields came from. Chinese on the goldfields are often believed to have come from the same region of Guangzhou, but the isotope work showed they probably came from a few different regions of China.

“Genetically, one of the people in the Chinese cemetery has a mitochondrial DNA lineage that is more common in Island South East Asia, rather than mainland China, and another has a European mitochondrial haplogroup despite being buried with artefacts (a burnt offering) that showed they probably identified as Chinese,” says co-author Professor Lisa Matisoo-Smith, who undertook the genetic analyses.

The research team hope this study will help illustrate how diverse colonial New Zealand was, despite its strong British identity. Even in the British-dominated Milton settlement there were non-British people, and the goldfields were a melting pot where many cultures collided.

Funding for this work included a Marsden Fast-Start Grant and a University of Otago Research Grant. 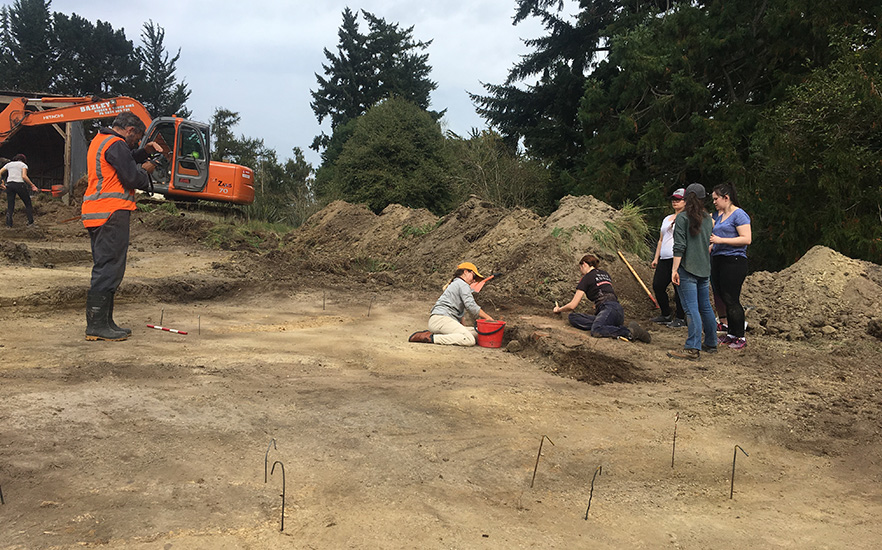