COVID‑19 vaccination rates in rural areas in New Zealand are significantly lower than in urban areas, an analysis of data by University of Otago researchers reveals. 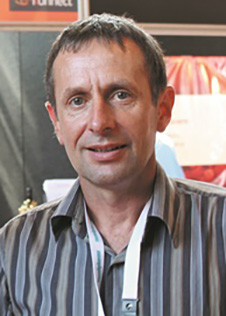 Collaborator from the University of Waikato, Dr Jesse Whitehead, has also found that there is significant variation in spatial access to COVID‑19 vaccination services. For urban areas, the median drive time to the nearest service was three minutes, but this more than triples to 10 minutes for rural areas. In the most remote areas of Aotearoa this increases again to a median time of 21 minutes.

Associate Professor Nixon says it is important that rural New Zealanders get vaccinated as soon as possible.

“COVID‑19 is already finding its way into rural areas. In many overseas countries rural communities have ended up with more COVID‑19 and higher death rates than the cities, and still are because of lower vaccination rates. The vaccination rate in rural USA is 23 per cent behind that of the cities.

“Rural areas are no place to come down with a serious respiratory illness that needs intensive care. We don’t have to go there, but it’s crucial that every rural Kiwi who’s eligible gets vaccinated, and gets vaccinated now.

“This is further evidence that a concerted effort needs to be made to improve access to vaccination for Māori communities, including those outside the major centres.”

The rates were calculated using data released by the Ministry of Health last week and the Geographic Classification for Health (GCH).

The GCH is a rural-urban geographic classification designed for use in health research and policy. It classifies all of New Zealand into one of five categories from large metropolitan centres to our most remote regions.

“Anecdotal evidence pointed to rural communities lagging in accessibility to vaccine clinics, and therefore vaccine uptake, but there was no hard data to confirm this. Thanks to the work by University of Otago, we now have some definitive data that confirms feedback from our rural practices.”

While the inequities were expected, it is still worrying, Dr Davidson says.

“What is most concerning is that it confirms that the productive rural backbone of our country is significantly at risk.

“Due to a lack of accessibility in rural New Zealand, it is no surprise that rural populations are lagging in vaccination rates,” Dr Davidson says.

The research from University of Waikato shows many areas with low levels of vaccination uptake also have low accessibility to vaccination services, longer distances to travel, and often have younger populations.

Murupara is an example of this, having been identified as having one of the lowest rates of vaccination. It becomes clear that the reason for this is that the nearest permanent vaccination site is a 50-minute drive away.

The recent pop-up vaccination clinic that operated from Murupara over the weekend with the Prime Minister as a host raised the profile and accessibility for a short period.

“There needs to be concerted efforts like this in rural areas to remove this inequity.”

The Network is in full support of the push for higher vaccination rates this week in the build up to Super Saturday, a national day of vaccination.

“We are working with rural community groups to support our rural practices and make this a strong and positive event for rural,” Dr Davidson says.