McCahon and Tuwhare items donated to the Hocken 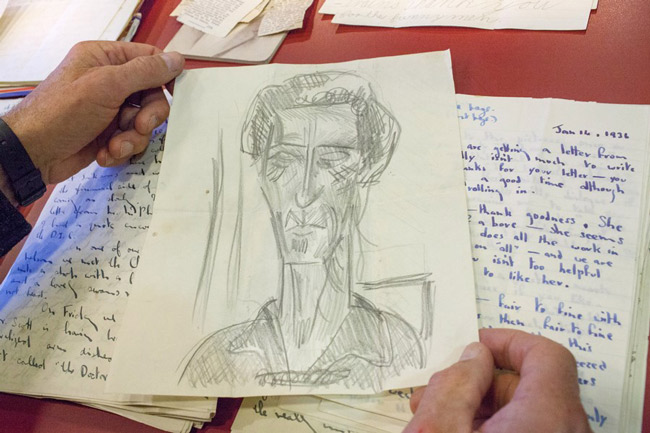 A gift to the Hocken ... a sketch by artist Colin McCahon and letters he wrote, including many to his sister. Photo: Sharron Bennett.

Treasured items from two icons of New Zealand literature and art — poet Hone Tuwhare and artist Colin McCahon — have been donated to the Hocken Library.

Close to 100 letters and a sketch by McCahon were presented by his nephews John and Andrew Parsloe, in accordance with the wishes of their parents Noel and Beatrice — she was McCahon's sister.

Andrew has transcribed the letters, many of which were to his mother, and says the two were very close. She was a strong supporter and took McCahon's side in arguments with their father about his chosen path.

"My mother was aware from a very early age that Colin's letters would be important."

The oldest letter, from 1926, was written by McCahon to his father when just a child, but it is the letters dating from the 1940s which are particularly illuminating about his passion as an artist.

The sketch by McCahon, found folded in one of the envelopes, is of Mrs Scott of Ruby Bay, thought to be the wife of painter Hugh Scott.

Hocken Librarian Sharon Dell says the information the letters contain about McCahon's life and his passion as an artist make them a valuable addition to the Hocken’s collections and provide a rich resource for research.

"You can see he is very deliberate and thoughtful about his work - for example talking about the exact shade of black he wants to use. This gives us a deeper understanding of the work and the person."

Colin McCahon was born in Timaru in 1919 but spent most of his early years in Dunedin, where he started Saturday morning art classes in his early teens with Russell Clark. After leaving Otago Boys High School, McCahon attended King Edward Technical College Art School as a part-time student.

The Hocken has also recently received a Hone Tuwhare poem, written in calligraphy by his ex-wife Jean McCormack Tuwhare, and signed by him.

California-based expatriate New Zealander Maureen Eppstein and her husband Tony donated the manuscript. When writing about the work in her blog during the lead up to making the donation, Eppstein described it as one of her treasured possessions.

"I have pangs of regret about parting with it, but I know I am doing the right thing. In New Zealand Tuwhare's work is considered a taonga, a treasure."

He wrote the poem as a response to French nuclear testing in the Pacific and the work was given to Eppstein by Jean McCormack Tuwhare, who was a friend of Eppstein's mother-in-law.

Hocken Curator of Archives and Manuscripts Anna Blackman is excited by the donation: “We are delighted to have this creative collaboration between Jean and Hone. We already have collections of manuscript papers relating to both Jean and Hone, and this is a lovely thing that complements what is already held.”

The University of Otago awarded Hone a Robert Burns fellowship, in Dunedin, in 1969. The region welcomed him and became his base for the rest of his life. 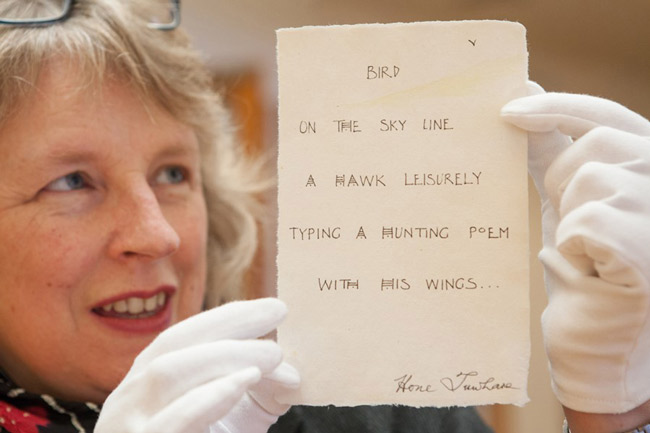 Tuwhare ... Hocken curator of archives and manuscripts Anna Blackman with a Hone Tuwhare poem, written in calligraphy by his ex-wife Jean McCormack Tuwhare, and signed by him. Photo: Sharron Bennett. 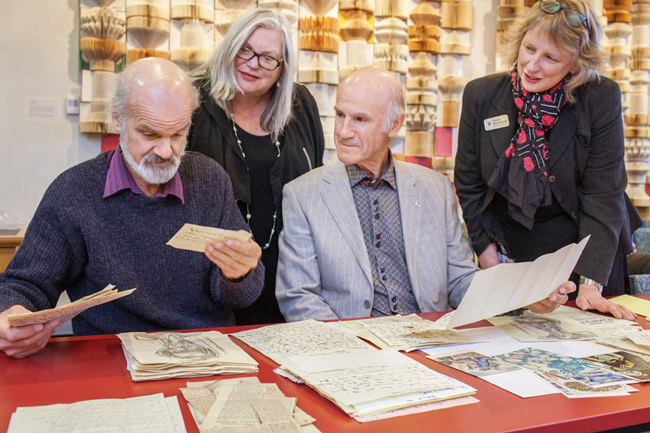