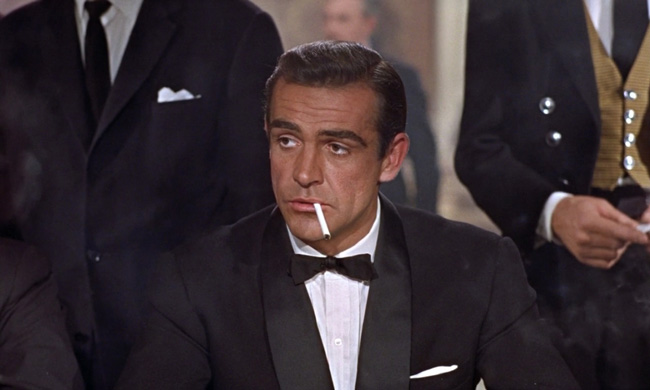 The first James Bond, Sean Connery, smoking in the 1962 movie Dr No.

Otago research which examines the smoking habits of James Bond and his associates has gained national and international media attention, including a British Medical Journal (BMJ) podcast.

The study, led by Wellington Public Health Professor Nick Wilson, found that while James Bond himself stubbed out his last cigarette in 2002, he continues to be exposed to high levels of second hand smoke, particularly from his sexual partners. 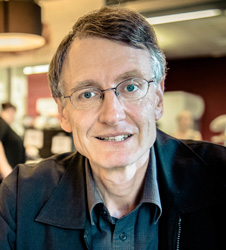 In addition Professor Wilson has been interviewed by Dr Becky Freeman for a BMJ podcast.

In the accessible discussion Professor Wilson discusses the research and its public health implications.

He says it is great that academic journals are using a range of media to communicate research findings.

"It is good that there was discussion around the smoking and health issue – and also the role of movies in influencing smoking uptake by young people."

“Also podcasts are good in that they can be listened to while people are travelling to work on a bus or doing other tasks.”

While he says it was not hugely surprising that the research gained a lot of media coverage, given that the James Bond movie franchise is the longest running in history and has the highest cumulative revenue, he is delighted the study has been able to get some positive messages out.

“It is good that there was discussion around the smoking and health issue – and also the role of movies in influencing smoking uptake by young people.”

Professor Wilson and his colleagues conduct a variety of tobacco control research, including studies on smoking on TV and in music videos. He says expanding to movies was the next step, with the James Bond movie franchise, which covers six decades, being a good choice.

Professor Wilson isn’t the first Otago research to look at James Bond. In 2012 Otago researchers examined violence in the movies – discovering that violent acts were more than twice as common in Quantum of Solace (2008) than in the original 1962 movie Dr No.

Professor Wilson says he has some other ideas for health-related studies of the Bond series – “but it is still early days”.

Listen to the Podcast.
Read the article.