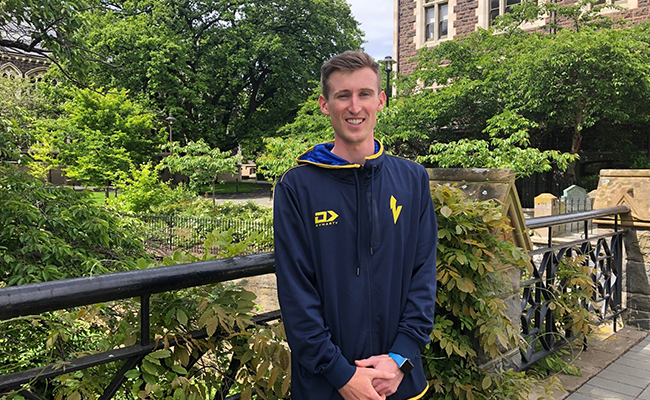 “I was kind of missing it [cricket], and so I found analysis in early 2018 and went to Otago Cricket and said, ‘can I help out and do something with Otago A?’” he says. “They said, yes that would be cool. So I did voluntary work for the last three years, and then slowly word gets around.”

Horton says the analyst role comprises two parts, one is coding games and collecting data, and the other is working with the team and players in training, scouting and with match reports.

The Volts coach called Horton in 2019 and a spot also came up with New Zealand Cricket as a regional analyst, employed to code the Otago domestic games. Alongside his volunteering, he completed his BAppSci at Otago in 2021, majoring in Sport Technology and including a paper in performance analysis. 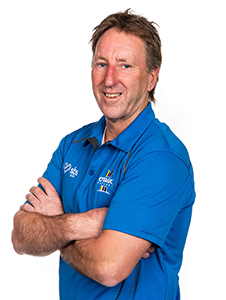 At the end of last season, he approached the Volts head coach Dion Ebrahim about paid employment options. “I said ‘hey I’ve got my degree now, I can’t keep doing voluntary work. This is what I want to do, can we try and make something work here?’”

And they did. Ebrahim wrote a proposal to Otago Cricket Chief Executive Mike Coggan and the Otago Cricket board over the winter to seek funding to employ him. The new general manager for High Performance Steve Martin also wrote a supporting letter.

“I’m very grateful to both of them, they could have easily said no. They have given me a great platform to start my career so I’m very thankful to them.”

After discussions between NZ Cricket and the Volts, an agreement creating one whole role for the cricket season, from September to March, was ironed out. Horton codes for NZ Cricket on match days, reporting to the Black Caps performance analyst, and works with the Volts as an analyst for the rest of the time.

“The Volts are trying to be innovative and fresh, so I’ve kind of come at the perfect time.”

He says at every training a player will ask him to video something or a coach will be seeking a piece of information.

“That’s been cool, that I’m being sought after. I said when I started the job to the boss and managers that I’d like to create a role where it would be missed if I wasn’t there next season – so they go ‘oh Tim’s not there, we’re missing that’.”

“As an organisation we have been really open to better understanding what value a performance analyst will make longer term, given there are many moving parts to the game of cricket,” he says.

“Already the feedback from players and staff to the video and documented analysis has been really positive.”

Otago Cricket is one of six Major Cricket Associations in New Zealand. “In time I don’t doubt all Major Association’s will have fulltime employed specialists in this important field,” says Coggan.

Performance analysis looks for the edge

Horton’s job for NZ Cricket is to code the entire game, which comprises taking note of what happens each ball.

“So it can be a pitch map, shot type, feet movement, what kind of delivery the bowler bowled, any events that happen and the runs that happen too,” he says.

“Every ball, I click about six or seven buttons on average. For example, we had the first home game last week, it was a four-day game so there’s 96 overs in a day so 96 times six. There’s a lot of balls, you do that for four days, for six clicks a ball, that’s thousands of clicks.”

The data all goes into the Pro Cricket Scorer system created by the company NV Play, which allows the analysts to do all the coding. It then goes into their database and the teams can access it and pull out the information.

He will have a debrief with the coach after the games, and occasionally with the players, and send out a report on the measurables they track for each game. “The players can look at that and we debrief where we went well and didn’t go so well.” 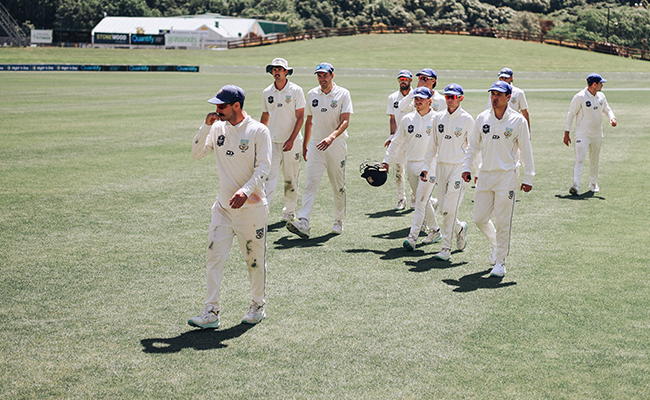 He describes his role as finding “those little extra one percenters that the other team aren’t getting; it’s the competitive edge basically that we’ve got over the other sides. So I may not always find something that’s going to win the game but doing all those extra little one percenters, having those stats tracked and video captured, is all helping the team towards winning more games of cricket.”

This helps in pre-game planning, such as working out who to bowl at what time, where to set the field and using the data to predict what the batters are going to do.

“I see myself as helping people in the background. Quietly making them better and then they go and do something out on the field and they’ve done what we’ve talked about and it comes off and you go wow, that’s awesome.”

He hopes his role will help create a pathway for young analysts to work with other domestic teams. In the future, he’d like to pursue performance analysis as a fulltime career. In the UK, every county cricket team has a fulltime analyst.

“In five-years-time I wouldn’t be surprised if every domestic team in New Zealand had an analyst. I’ve just got the ball rolling.”