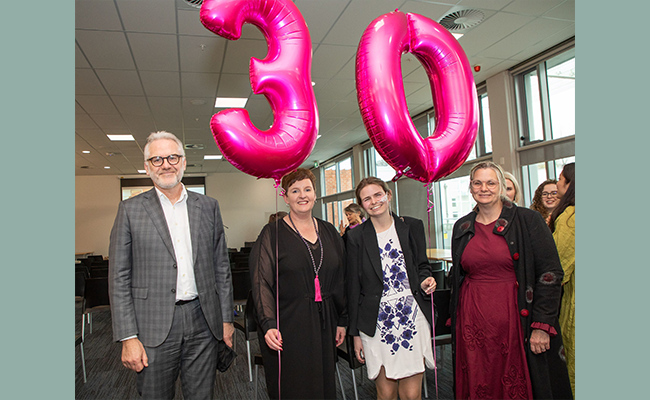 Friends having to carry a student upstairs in her wheelchair to a lecture at the University of Otago 30 years ago helped spark a pioneering, life-changing disability support service that is still a leader nationally and aspires to be even better.

That student, Donna-Rose McKay, was part of the on-campus Disability Action Group which lobbied successfully for learning support and advocacy services for students with disabilities and a short-term, part-time role was established at Otago in 1992.

McKay became not only the first disabilities’ coordinator at Otago, but at any New Zealand university.

Current Disability Information and Support manager Melissa Lethaby says she is proud the University “had the foresight to establish a formalised disability support service long before it became an official requirement".

The role became permanent in 1995 and eventually McKay led the service.

“Donna-Rose was a pioneer and an absolute champion … There were no policies, procedures, guidelines or ground rules for how things should be done, but Donna-Rose created a way forward that was informed by student experiences and student needs, quite simplistic really, but so very crucial,” Lethaby says.

“Donna-Rose was correct – we could do better for disabled students and her advocacy has paved the way for many generations to come.”

“You quietly supported Donna-Rose’s passion, dedication, and enthusiasm for this very important work from 1992 until 2013 when she sadly passed away. I think you will agree that the University’s clear vision and Donna-Rose’s sheer determination set us on a path that has been quite revolutionary and, in some instances, life changing for students with disabilities.

“It was actually only last month that I sat looking at a noticeboard at the Dunedin Public Hospital where I noticed a very old poster advertising our service with the wording ‘Widen your Horizons – University is an option for people with disabilities’ … it is symbolic of where we have come from,” Lethaby says.

“We have worked with so many students who had been told that tertiary study was not for them, but with determination and a little support, they have absolutely excelled.” 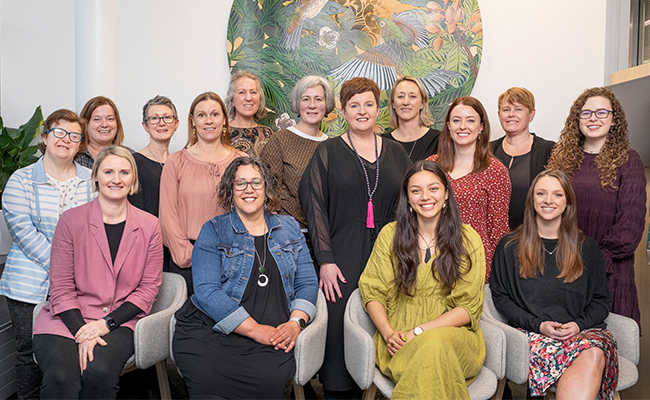 Disability Information and Support staff at the celebratory morning tea.

Students used to arrive at university after a bad experience at high school, pleading for academic learning support.

“They were coming very ‘cap in hand’. There was almost a sense of relief that came over the student and their family when we explained what we could offer,” she says.

University of Otago alumna Lauren Dewhirst says as a shy first-year student in 2015, seeing the Disability Information and Support office’s wall of photographs of students who had graduated after using its services “was a real motivator for me".

“While I had high hopes of getting a degree, at the time it also felt like the most impossible dream, and something that all three of my younger sisters would likely achieve before, or without, me. If 2015 Lauren could see me now, I really do think that she would be both shocked and incredibly proud.”

Disability Information and Support’s note-taking, alternative exam arrangements and tutoring were invaluable. And when she spent months in hospital at a time, having an amazing tutor’s support while she was studying and attending lectures from a hospital bed “made the world of difference".

Dewhirst excelled, “instead of just scraping by, or not passing at all".

She was a disability advocate on committees as well and helped create the Otago Disabled Students’ Association in 2020, becoming inaugural president.

Dewhirst is now a co-president of the National Disabled Students’ Association and works as a local and national freelance disability advisor. 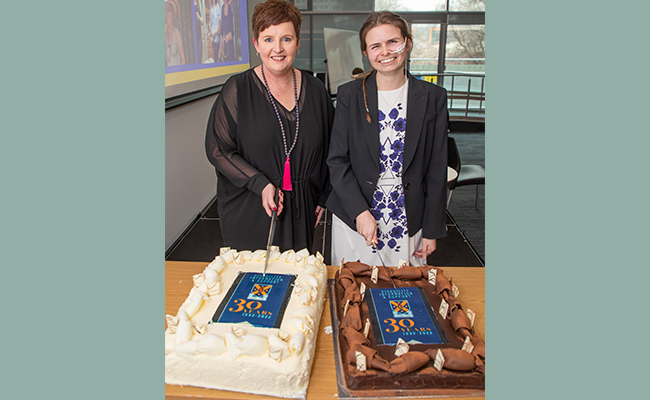 She knows the team at Disability Information and Support played a fundamental role in her learning and leadership journey: “Without them, I would have never reached my full potential".

“Having worked with tertiary education providers throughout the country, I can confidently say that Otago really does have the best disability services around,” Dewhirst says.

Lethaby says while the service supported about 500 students in 2002, it now supports about 2000 annually. The team has 15 staff, supported by about 300 casual staff and more than 200 note-takers during the year.

“I consider myself fortunate to lead such an exceptional team, and collectively we have amassed a whopping 114 years of staff service, something that is a rarity but speaks volumes to our positive and inclusive work culture. In many respects, we are like family.”

The team has also watched attitudes change, “now it’s accepted that students with disabilities have the same right to education as their non-disabled peers".

Our university has also made physical changes, brought about by the Vice-Chancellor’s Advisory Group supporting the Campus Design for Access and Mobility Policy.

Lethaby acknowledged Chief Operating Officer Stephen Willis for supporting that significant work, and former Student Services Director David Richardson for his unwavering support for the office and McKay in the early days.

As a university, “we have achieved so much, but we can still do better".

Attitudes towards disability often come with a bias that needs disruption and “for us, promoting equity, understanding and kindness is central to our being and unless we all strive to do better, these values will simply be words on paper".

“We have certainly come a long way, but there is still a long way to go."