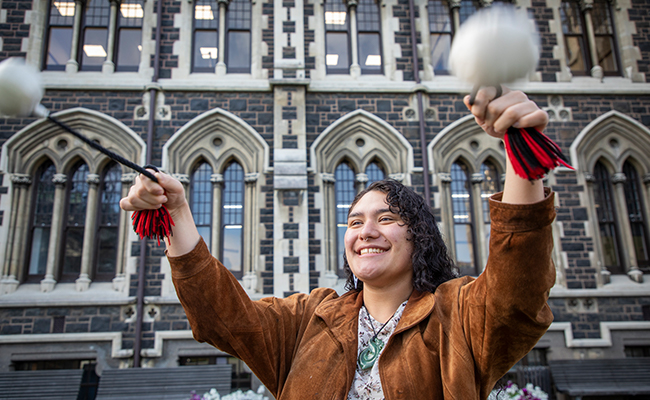 The University of Otago has provided financial assistance to Māori students undertaking undergraduate studies for the past 15 years. Established in 2005 to celebrate academic excellence and cultural diversity, Māori Entrance Scholarships are intended to encourage the progression of Māori into tertiary study.

The scholarships were developed to increase Māori student participation and assist in increasing Māori numbers at the University of Otago. These scholarships make up about 12 per cent of Otago’s scholarship numbers. Students who are Māori also make up a significant proportion of other scholarships as well, including around 15 Academic Excellence Scholarships and around 30 Performance Scholarships.

All entrance scholarships are very competitive with several thousand students applying. Māori Entrance Scholarships have a standard value of $10,000 for one year but exceptional applicants may be offered this scholarship at a higher value and a longer tenure.

“I love my whānau so much that I want to be able to look after them in as many ways as possible: ā-tinana, ā-wairua, ā-hinengaro, ā-whānau and also financially. Being a doctor (regardless of the specialty) would allow me to do that.”

2020 scholarship recipient Maioha Ohia (Ngāti Kahungunu, Ngāti Pūkenga, Ngāi te Rangi, Te Ātiawa, Ngāti Rārua) from Ngā Taiātea Wharekura is looking forward to making lifelong friends and gathering all the “beyond academic tools” that this part of the Aotearoa has to offer. Maioha came to Otago to follow in the footsteps of her grandfather and because she felt Otago had the most prestigious reputation in Health Sciences.

This scholarship gives Maioha the opportunity to go forth with tertiary education, an opportunity that some people don’t have.

“My whānau and I believe this is a major opportunity for me to fill my kete, share the hua (fruits of labour) and give back to our people”, says Maioha.

The Māori Entrance Scholarships allows Maioha to focus on her mahi and her goals without having to worry so much about pūtea (money).

Nadine Houia-Ashwell (Te Rarawa, Ngā Puhi, Ngāti Porou, Kāi Tahu), a previous recipient of the Māori Entrance Scholarship, says the financial assistance from the scholarship was hugely helpful for her and her whānau and essentially the difference between staying at a Halls of Residence and flatting during her Health Sciences First Year. This meant that Nadine had a lot more pastoral and academic support. 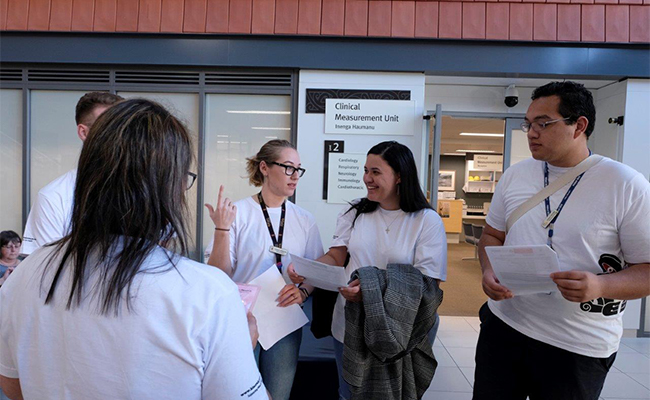 Nadine was also in an environment where it was easier to make friends who were going through that same transition phase as her.

“It took a lot of that financial burden off my Mum and our whānau which meant that none of my siblings had to miss out because of my choice to study at Otago.”

This is important to Māori students and their families as they can feel reassured knowing their tamariki will be receiving the support of staying in a residential college.

Currently, Maioha is studying Health Sciences First Year and Nadine is in her fourth year of Medicine. Working with amputees and producing prosthetic limbs is one of Maioha’s favoured future options.

“Ultimately giving back to our people and helping the advancement of Māori is the goal”, she says.

Nadine likes the idea of going into Obstetrics and Gynaecology at the moment but says, “I’m not too sure on what I’d like to specialise in yet due to the lack of clinical exposure I’ve had”, due to COVID-19. Nadine hopes that with more clinical exposure she’ll be able to figure this out. At the core of it all, Nadine wants to be a doctor.

“I love my whānau so much that I want to be able to look after them in as many ways as possible: ā-tinana, ā-wairua, ā-hinengaro, ā-whānau and also financially. Being a doctor (regardless of the specialty) would allow me to do that.”

Congratulations to this year’s scholarship recipients and all the best in your pursuit of excellence.