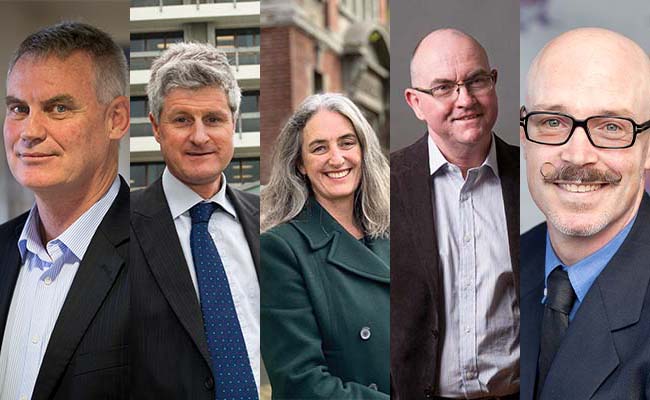 The University of Otago’s Centre for Health Systems and Technology (CHeST) recently hosted an online half-day symposium with the theme being the upcoming health reforms that were announced by the government in April.

CHeST’s Manager and Research Fellow Dr Adeel Akmal, from the Department of General Practice and Rural Health, shared details from the event as well as the purpose behind the organisation.

“The government’s health reforms are coming and there are a lot of unknowns with this and so this event was a good space for our guest speakers, both of them well-versed with the health system, and attendees to discuss what these changes could mean for research and practice,” Dr Akmal explains.

The event’s first keynote speaker was David Meates, the former CEO of Canterbury and West Coast District Health Boards, who spoke about creating an integrated healthcare system after learning from past experiences with the current system.

“Ultimately, CHeST exists to support knowledge translation from research to practice and it is at our symposiums that attendees from various backgrounds and organisations are given the platform to do that.”

The second keynote speaker was Dr Carol Atmore, the Medical Director of WellSouth Primary Health Network, who outlined the details of the health reforms and what they could mean for the Otago and the Southern district of New Zealand.

The symposium was attended by 70 people from various universities and healthcare organisations and concluded with a panel discussion where the keynote speakers were joined by the Dean of the Otago Business School, Professor Robin Gauld, and the Professor of Public Health in Kōhatu, Professor Peter Crampton.

They answered and discussed the questions presented to them by attendees as well as expressing their thoughts on the health reforms.”

These thoughts included reducing the complexities existing in the healthcare system by streamlining healthcare provision, making sure the various stakeholders in the system are well-connected and complimentary, and ensuring that there is access to care for Māori, Pasifika and other population groups.

“Ultimately, CHeST exists to support knowledge translation from research to practice and it is at our symposiums that attendees from various backgrounds and organisations are given the platform to do that.”

August’s symposium had to be moved online, as a result of COVID-19 level shifts, but the team decided not only to proceed with the event, but to host a follow-up which will be taking place on 8 December.

This event is themed “Lessons for the New Health New Zealand System” and the committee is currently calling for abstracts.

“For health services researchers, the December event will serve as the perfect time to revisit their research findings and provide advice based on the lessons they learned from their previous work,” Dr Akmal says.

The August symposium was recorded and can be viewed on the CHeST website.