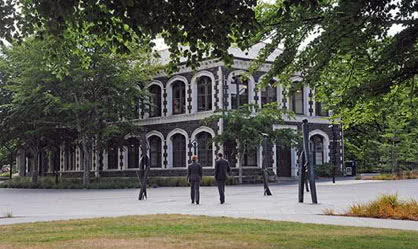 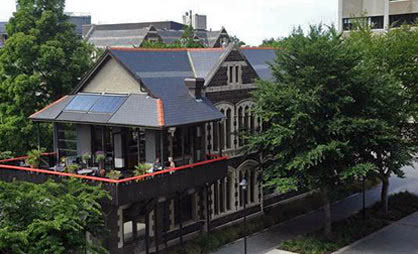 Built in 1907 by Dunedin architect James Louis Salmond, the building was originally the home of the first University Dental School until it moved after the school was experiencing a steady growth in enrolments and patients to a new home in Great King Street, which opened in 1926. Once the Dental School moved out, it became the University’s Registry building for a quarter of a century until the Registry moved to the Clocktower.

In 1966, the Otago Law School moved into the premises, with the law library downstairs, and lecture rooms and offices upstairs. However, just like the Dental School, the Law School roll grew rapidly, from just 161 law students and three full-time academic staff in 1966, to 471 students and 12 full-time staff 10 years later.

They moved to the Richardson Building (originally called the Hocken building) in 1980. Finally, the building became the Staff Club.

The building was converted into a club for both formal and informal gatherings, with the Gallery Restaurant, Leith board room and billiard room downstairs, and the large café and dining venue upstairs, complete with a balcony overlooking the Leith river for sunny days. The significance of the Staff Club building has been recognised with Heritage New Zealand (formerly the New Zealand Historic Places Trust) who listed it as an historical building in 1988. 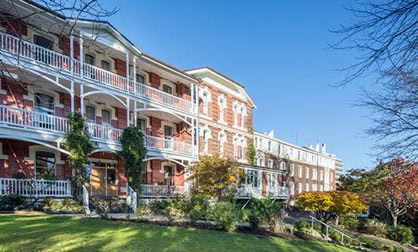 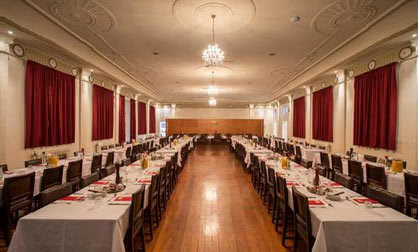 As one of the oldest residential colleges in New Zealand, St Margaret's has a long and proud history.

By 1911, the Anglican and Presbyterian Churches had established colleges for male students at the University of Otago but no accommodation was available for women. Identifying this need, a group of Presbyterian women established St Margaret’s College "for the glory of God and the promotion of His Kingdom, the advancement of sound learning and the care and protection of women students."

The College housed some of the first New Zealand women university students. In 1981, the College became co-educational. Since these early beginnings, the College has kept abreast of educational and social needs, and developed its facilities accordingly.

Many of the College’s former Members hold important positions in many locations around the world.