The 2017 NZPSA conference features a keynote lecture by Prof David McNally of the University of York (Canada). Below are the details of his keynote.

For an audio recording of the keynote address please click here (starts at 4.58min).

From Global Slump to Trump: The Economics and Politics of Crisis, Resistance and Reaction 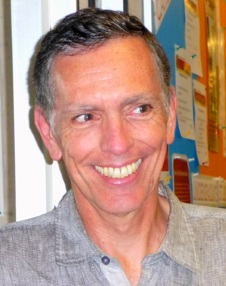 In his book, Global Slump published in 2010, David McNally analyses the global financial meltdown as the first systemic crisis of the neoliberal stage of capitalism. He argued that – far from having ended – the crisis ushered in a whole period of worldwide economic and political turbulence.

This prognosis has proven to be remarkably accurate. The year immediately following the publication of Global Slump, 2011, was the worst year for global capitalism since 1968 – a year of crisis, revolutions, revolts, and global anti-capitalist protests.

Since then regimes, both authoritarian and liberal democratic, have proceeded to implement programmes of fiscal austerity and vigorously suppress outbreaks of popular resistance to austerity.

Brexit and Trump’s victory mark a rightward shift in the politics of governing elites but as the surprisingly strong support for Bernie Sanders shows this shift has been contested and is best viewed as a complex moment in a turbulent and rapidly changing historical conjuncture.

In his keynote, David draws upon both Global Slump and Monsters of the Market to provide a critical analysis of ‘the Trump moment’ in global politics. 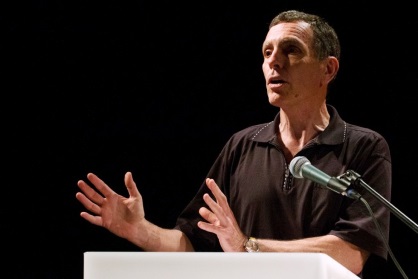 David McNally is Professor and past chair of Political Science at York University in Toronto.

David is the author of six books: Political Economy and the Rise of Capitalism (1988); Against the Market: Political Economy Market Socialism and the Marxist Critique (1993); Bodies of Meaning: Studies on Language, Labor and Liberation (2001); Another World is Possible: Globalization and Anti-Capitalism (2002; second revised edition 2006). His book Global Slump: The Economics and Politics of Crisis and Resistance (2010) won the prestigious 2012 Deutscher Memorial Award. Monsters of the Market: Zombies, Vampires and Global Capitalism (2011) won the 2012 Paul Sweezy Award from the American Sociological Association.

His articles have appeared in many journals, including Historical Materialism, Capital and Class, History of Political Thought, New Politics, Studies in Political Economy, and Review of Radical Political Economics.

As this suggests, David’s research interests include the theory and practice of democracy, Marxism and anti-racism, socialist-feminism, classical and Marxian political economy, Hegel and dialectical social theory, and the history of anti-capitalist movements.

As a high school student, David McNally joined the movement against the Vietnam War; on entering university, he organized a campus chapter of the Committee to Free Angela Davis—early steps in a lifetime of activism in global justice, anti-racist, and socialist movements. David actively supports a number of organizations including the Ontario Coalition Against Poverty, No One Is Illegal—Toronto, Faculty for Palestine/Coalition Against Israeli Apartheid, the New Socialist Group, and the Greater Toronto Workers Assembly.

A lengthy interview with David about his intellectual and political biography has been published in Socialist Studies.

He regularly blogs about current events.

His most recent scholarly and activist work is on his website.

David McNally lives in Toronto with his partner, Sue Ferguson, and their children, Adam, Sam and Liam, all of whom indulge (and often share in) his love of jazz, baseball, and surrealism.