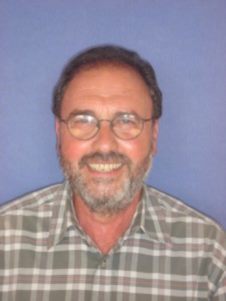 Dr Patrick (Pat) Farry initiated the Rural Medical Immersion Programme (RMIP), which began with a cohort of six students. There had been an international trend in medical education towards rural experiences for medical students and in 2007 the Ministry of Health, at short notice, supported the development and piloting of such a programme.

The RMIP was born after a very short gestation period, and became part of the Te Waipounamu Rural Health Unit situated in the Department of General Practice at the Dunedin School of Medicine. RMIP students spent the whole of the fifth year of medical training in rural settings.

In 2008, 12 fifth-year students, four from each campus (Christchurch, Dunedin, and Wellington), embarked on a rural immersion year. In 2009, the programme expanded to 20 students, spread between Balclutha, Blenheim, Dannevirk, Greymouth, Masterton, and Queenstown.

Pat was a general practitioner in Queenstown for 37 years, providing primary and secondary care. Up until his sudden death, he was Medical Director of Te Waipounamu Rural Health Unit within the Department of General Practice at the Dunedin School of Medicine, with responsibility for undergraduate and postgraduate studies in Rural Health.

He was Director of Rural Health for the South Island from 1999 to 2003. During that period, he initiated the Dunedin School of Medicine rural health attachment in fifth year, and the Diploma of Rural and Provincial Hospital Practice. He was Regional Director of the RNZCGP Vocational Training Programme from 1990 to 1999, and convenor of the Teaching and Learning paper and the Core Studies paper of the Master of General Practice (MGP) degree at Otago.

Pat completed the report on Rural General Practice Vocational Training for the Clinical Training Agency in 2003. He was also the Primary Care Advisor to Mobile Surgical Services.

In 2005, he gained ministerial support for New Zealand rural hospital doctors to attend a national consensus meeting which has resulted in vocational training and registration for rural hospital generalists.