Our people at the Rural Medical Immersion Programme (RMIP) 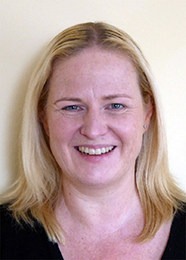 Kia Ora everyone, I’m Janine! I’m based in Ashburton with my partner Daniel and our boys Ben (13y) and Dominic (11y). I grew up in Auckland and went to Auckland Medical School after initially doing a Masters Degree in Medical Science and spending a few years working as a research technician in the Department of Molecular Medicine at the School. I first became sold on rural general and hospital practice during a fourth year clinical placement in Dargaville, and after that tried to sneak in as many clinical experiences out of Auckland as possible!

I moved from Auckland to Timaru for my initial post-graduate house officer years and loved the work, community and lifestyle. From my third post-graduate year I undertook papers in Rural Hospital Practice through the University of Otago and met a fantastic group of rural hospital doctors, including those involved in setting up the Rural Hospital Medicine Training programme. I was one of the first group of RH Training Registrars when the programme started in 2008, gaining Fellowship of the Division of Rural Hospital Medicine in 2015.

I have two main roles now – as senior medical officer at Ashburton Hospital, and senior lecturer in the Department of General Practice and Rural Health, University of Otago. The former involves supervision and teaching/training of Rural Hospital Registrars and House Officers. The latter involves coordinating and teaching the four 5th year RMIP students who come to Ashburton each year for their rural immersion experience. I’m currently doing further study in clinical education, with the aim of undertaking related research on aspects of this that apply to rural students and their setting (in particular the rural curriculum, longitudinal integrated clerkships, and simulation teaching/training). 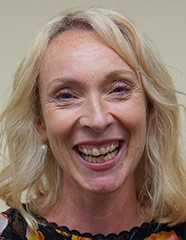 I was born in Leeds in the north of England (population 750,000). I went to a local comprehensive school and always dreamed of being doctor and living on a farm with my own horse for as long as I can remember.

I gained my medical degree from Southampton in 1999, where I worked as junior doctor before joining the Wessex GP training programme. During a sabbatical to Greymouth, I met my husband and also fell in love with the West Coast.

We went back to the UK where I completed my training, gaining additional diplomas in child health, obstetrics and gynaecology, and reproductive healthcare. I have worked in Greymouth for the last 10 years as a GP and Family Planning doctor. 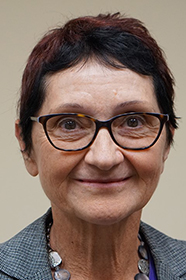 I was born in Hungary and received a Doctor of Medicine Diploma from Semmelweis University of Medical Science in Budapest. After completing Internal and Occupational Medicine training I moved to the United States of America in 1986, where I did additional training in Family Medicine. In addition to practicing, I was involved in clinical teaching and supervision of residents and students and after a few years I successfully established a private clinic in a large group setting.

Initially, I came to New Zealand for a working holiday in 2009. Since then I have become a New Zealand enthusiast and got involved in teaching again, which has been my passion since my training in the USA.

I have been the coordinator for the Tararua RMIP team for over a decade and continue to relish the opportunity to learn from and with students. My goal is help students gain active listening and clinical skills and to empower them to become excellent doctors.

Buzz Burrell was born in a small market town in Lancashire, North West England. His childhood was spent by the sea-side sailing, representing his school in cross-country running and small bore shooting, and riding motorbikes.

His passion for life and people took him to London to study Medicine, spending an elective in rural Bangladesh where he worked in remote solo practice, and met his New Zealander wife, Lauren.

He qualified in 1986, and subsequently trained in internal medicine, attaining Membership of the Royal College of Physicians of Ireland in 1991. He won the inaugural Glaxo-Wellcome respiratory research fellowship in Dunedin, New Zealand, and was elected Lecturer of the Year in 1993.

The excitement and challenge of remote rural family medicine saw Buzz change codes, and on completing his research he resurrected a small practice on the West Coast of the South Island, establishing remote clinics and emergency services for the second largest remote area of New Zealand. Within four years Buzz and his partner were elected Runners up New Zealanders of the Year. He was awarded fellowship of the Royal New Zealand College of General Practitioners in 2002.

Buzz has also experienced remote rural practice in Western Australia and the Chatham Islands. Buzz is a Royal New Zealand College of GP registrar trainer, and a senior lecturer with the University of Otago. He has always been involved in innovation, establishing a new centre for the final year Rural Medical Immersion Programme, and working with Curtin University Western Australia on a novel flow meter for asthmatics.

He is a columnist for GP Pulse magazine, has appeared on radio and television, he has written his first yet-to-be-published book, and has written and produced amateur dramatic productions. Buzz and Lauren have three daughters. Any spare time is absorbed by a bach in the Marlborough Sounds, and a small hobby farm where Buzz has lost count of how many animals his kids have. I am originally from London and went to University in Bristol to study Avionics Engineering. I rapidly realised that this was not where my passion lay and so I left with the aim of getting in to Medical School. I returned to London to study Medicine and was heavily involved in the student community at the Royal Free Hospital School of Medicine, holding several positions in the Boat Club over the years, and became the President of the Student Union.

I first came to New Zealand in 2001 on my elective and fell in love with the lifestyle and country then. However when I went back to the UK to do my finals, circumstances meant that the opportunity to return to New Zealand did not arise. I initially worked in London, then Plymouth and Kent, before returning to London to do my GP training. During my time as a GP registrar, I was becoming disillusioned with suburban General Practice and continued to work at the weekends as an Accident and Emergency Registrar. When I completed my training, I was planning on switching to Emergency Medicine or Paediatrics. However, I saw an advert for a rural GP post on the west coast of Scotland, which included running a small rural hospital with an A&E department. I therefore moved to Campbeltown with my wife and was a partner in that practice for nearly seven years.

During my time in Campbeltown, I became a tutor for rotating final year medical students from the University of Dundee, as well as setting up and tutoring the Kintyre Rural Fellowship Program, which was part of a scheme run by National Education for Scotland, to give newly qualified GPs more exposure to and training in Rural Medicine. I also became the Locality Clinical Director for Kintyre and sat on the Argyll & Bute Health Boards Management Committee, as well as being the Remote & Rural Representative on the Scottish Air Ambulance Clinical Forum.

During this time, we had two children and I was finding that my work commitments were inhibiting family life. We came to New Zealand again in 2011 for a family wedding in Queenstown and the time away from work gave a good opportunity to reflect on our work life balance. We decided that the time had come to make the move down under. We were keen to come to the Central Otago region and I was keen not to lose the acute side of medicine that I enjoy. When the opportunity came to join the Lakes District Hospital in 2012 as a Senior Medical Officer, we moved to Queenstown. Since then, I have gained a Postgraduate Certificate in Clinician Performed Ultrasound, Fellowship of the Division of Rural Hospital Medicine, and a third son!

I feel with the ongoing development of the specialty of Rural Hospital Medicine, it is a very exciting time to be working in New Zealand in that field. I constantly enjoy the variety and challenges thrown at me by the acute side of Rural Healthcare. 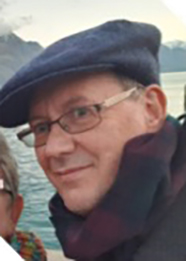 Long ago I studied medicine at the University of Otago in Dunedin. After graduating in 1990, I spent three years at Waikato Hospital before I found my love of General Practice. After a year of GP locums in Hamilton I moved to Paraparaumu where I spent seven years enjoying the coast.

A move to Blenheim, my hometown, eventually led me just down the road to Kaikoura for twelve years where I mixed general practice, hospital medicine and ambulance chasing ! It’s also in Kaikoura that I first encountered the RIMP Programme, introducing the students to the rural life and practical medicine.

A move south to join Clutha Health first led to an opportunity to further engage with the RIMP programme as the Regional Co‑ordinator, a position I’ve held since 2019. 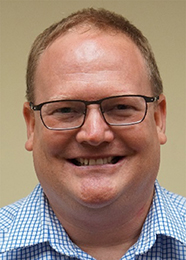 I grew up on a farm in Ladysmith Kwa-Zulu Natal, South Africa, where my dad was a General practitioner of a solo practice. Completed my schooling in Durban and then proceeded to my medical training in Pretoria. I followed by brother footsteps to work first in the UK and then in NZ and then started off as a medical registrar in Invercargill hospital. I have been working at Ashburton Hospital Since 2007 and has gained a Fellowship in Rural Hospital Medicine and Diploma in Medical Ultrasound since then.

I enjoy living in Ashburton with my family and enjoy the recreational options offered by Mt. Hutt for Skiing and Mountain Biking and Lake Hood for paddle boarding. Over the years I have been involved with the teaching of resident medical officers and visiting medical students through a simulation laboratory. 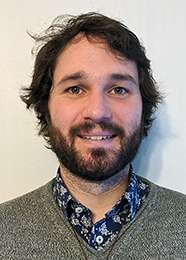 Kia Ora, I am based in Greymouth with my wife Sarah and our two children. I am originally from over the hill in Christchurch and completed all my school years in the city. After school I did a BSc at Canterbury University. I also worked for a number of seasons in ski and snowboard instruction both in New Zealand and overseas in Canada and Japan.

I went to medical school at Otago University and was a rural immersion student myself in Greymouth in 2014. I have worked in a variety of hospitals and different departments both in urban and rural centres before returning to Greymouth and training in General Practice. I enjoy the challenge and variety general practice offers and I am also completing additional study in musculoskeletal medicine.

Outside of work I enjoy time away in the outdoors with my family and friends, camping and tramping. Before moving to Greymouth Sarah and I walked the Te Araroa trail. During the winter months I enjoy spending time in the mountains at any one of the numerous Canterbury ski fields.