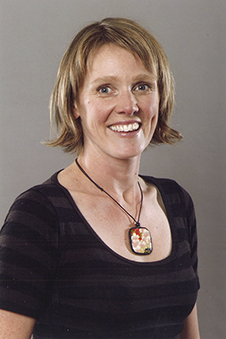 A major study led by a University of Otago researcher challenges an established view that people diagnosed with Type 2 Diabetes are at increased risk of fractures.

Individuals diagnosed with Type 2 diabetes should therefore be encouraged to undertake weight-bearing physical activity among other positive lifestyle changes, the study’s authors say.

Otago’s Gabrielle Davie and a team of United Kingdom researchers used a massive data set to extract the results, which have been published in the high-impact journal Diabetes Care.

The research involved analysing the routinely collected primary care data of more than a million adults in a UK database, The Health Improvement Network (THIN).

It found that among individuals recently diagnosed with Type 2 Diabetes there was no evidence of a higher risk of fracture. Among females there was a slightly lower risk than among the general population.

Associate Professor Davie, a Biostatistician with Otago’s Injury Prevention Research Unit, said the results of previous research were mixed but a number of studies concluded Type 2 diabetes led to a higher fracture risk – in one case up to three times higher.

The previous research had mainly focused on the elderly and those with long-term diabetes.

Using the THIN database enabled a much wider net to be cast and Associate Professor Davie’s links with colleagues at the University College London allowed the study to build on a diabetes cohort already identified by co-author Dr Kingshuk Pal.

Associate Professor Davie used a period of Research & Study Leave in London to undertake the investigation which was better suited to the UK because New Zealand primary care health records are not available in a national database.

The team, a mixture of health professionals and injury researchers, had expected to find results which aligned with existing studies.

“The thought was that we would probably find that there was actually an increased risk of fracture.

“We did focus on those with incident diabetes (new-onset diabetes). Some of the other studies show that after you've had diabetes for a long time your risk of fracture is higher which then raises questions about what's causing the change.

“Could the diabetes medication that they are taking be increasing the risk of fracture or is it something else? One of the ways of getting around that was to focus on those with newly diagnosed diabetes.”

The database allowed the team to investigate those diagnosed with incident diabetes over a 10-year period, following people for an average of 5 years from the date of their initial diagnosis. The results were compared to those of a randomly selected control group without diabetes.

The results might lead to a shift to advice for those newly diagnosed with Type 2 diabetes.

“Because there was a view that those with diabetes had a higher risk of fracture, clinicians may have been a bit hesitant in terms of encouraging exercise.

“But the results show that post-diagnosis is a good time to be doing weight bearing exercises and working on improving your bone health so that it reduces the likelihood of it being a problem in the future.”

The co-authors of the study were: