Generous donations behind rise in scholarships 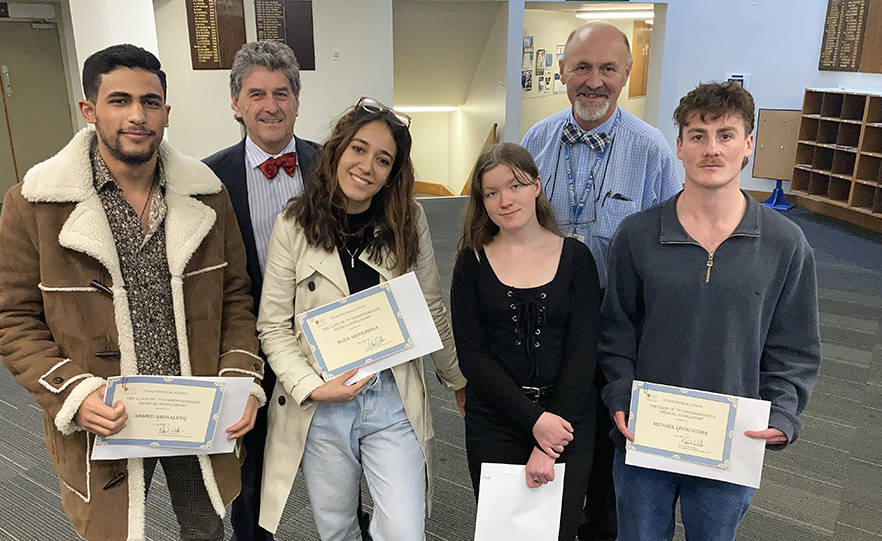 A rise in donations has led to an increase in scholarships from a group of generous Otago Medical School graduates.

In previous years, two $3000 awards have been made but a growth in the trust funds has allowed four scholarships to be awarded for 2021.

Professor Rob Walker and surgeon Mike Hunter, who studied together in the class of 1979, were on hand to present the scholarships to Huda Abdulridha, Ahmed Abusaleeq, Katie Attwell and Michael Livingstone.

The scholarship fund was started after the class’s 20 year-reunion and had grown through a combination of lump sums and regular contributions.

Mr Hunter said monthly donations to the fund had been rising and he hoped four annual scholarships would become the norm.

“We’d like to give 10 scholarships. There are so many deserving stories and a hell of a lot of hardship.”

Professor Walker said the decision to increase the number of scholarships was easy but deciding on the recipients was more difficult.

“There were so many worthy candidates.”

The pair hoped other graduating Medical School classes would be inspired to set up their own scholarships.

“We were talking a couple weeks ago that some of the other classes that are coming through should join us. We’re not going to be here forever!” Professor Walker said.