Understanding why cancer spreads – and how to stop it 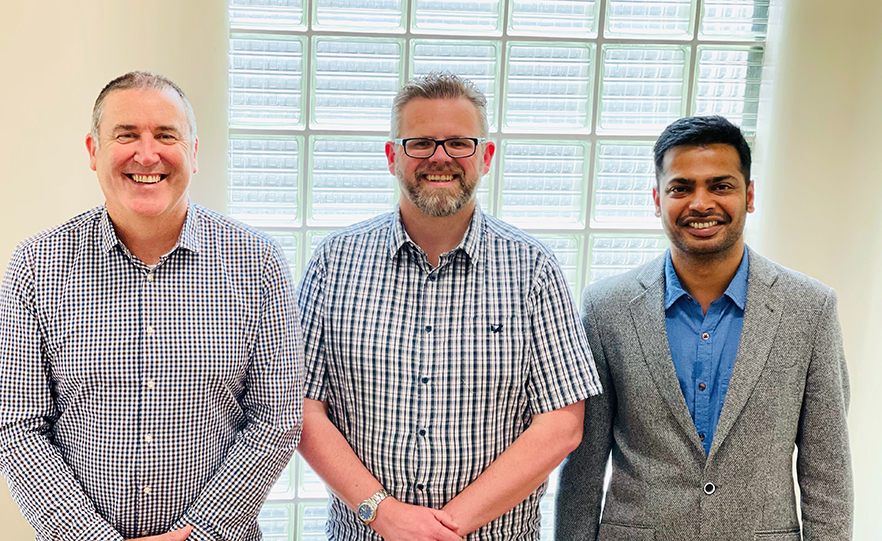 Decoding the mystery of why cancers spread through the body is the aim of a three-year project in the University of Otago’s Chatterjee Laboratory.

Backed by a $960,000 Marsden grant, researchers will hunt for harmful epigenetic changes in tumour cells before rewriting them using state-of-the-art editing techniques.

By finding and eliminating these epigenetic changes it is hoped that metastasis – the aggressive spread of tumours to distant organs – can be suppressed.

Lead investigators Dr Rodger and Associate Professor Chatterjee say that gene mutation is a well-known cause of cancer but there is little evidence to suggest it triggers the cancer to spread.

However, there is evidence that changes to the cell’s epigenetics – the layer of regulation of DNA that is not hardwired – could be a driver for metastasis.

After a tumour is established a small number of cells become aggressive, conceivably because of epigenetic modifications triggered as these cells fight to survive in the body’s environment.

“Epigenetics doesn't change the DNA letters, but it changes the way the DNA would behave,” Associate Professor Chatterjee says. “This project will hopefully enable us to show that epigenetic changes play a major role in making a tumour cell aggressive.”

The research team will use molecular tools to look at the genomes of hundreds of colorectal tumour patients and map the epigenetic changes in cells believed to be responsible for the early stages of metastasis.

Collaborating with clinicians and the Dunedin Colorectal Cohort (DNCRC), they will undertake a process they liken to “finding needles in a haystack” but the team is confident that they have the right people and the right resources to achieve this goal.

“We are using very cutting-edge epigenetic editing technology. Once we have found those needles in the haystack - there could be four or five needles, or 10, or 1000 - we will edit them and see if we can stop metastasis.”

“The editing process is a large component of the project as it involves a pre-clinical model to test whether “rewriting” the epigenetics alters metastatic capability,” Dr Rodger says.

“We aim to demonstrate that DNA methylation changes act as a driver of metastasis. This will open new avenues for understanding metastasis biology, lead to better outcome prediction, and identify new targets to treat aggressive tumours in the future.”

“This Marsden grant strengthens our overall objective which is patient-focused, eventually making a difference by identifying epigenetic markers that can be used for early detection and also understanding the fundamental biology that can then lead to towards therapy,” Associate Professor Chatterjee says.