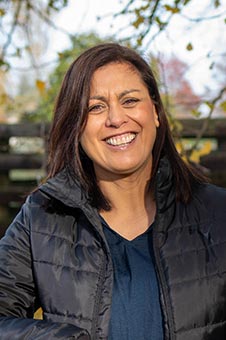 An historic day for wahine Māori leadership at the University of Otago.

Professor Suzanne Pitama (Ngāti Kahungunu, Ngāti Whare) has been appointed the new Dean and Head of Campus of the University of Otago’s Christchurch campus.

She is also one of the Māori sub-editors on the New Zealand Medical Journal, was a special issue editor for The Clinical Teacher (on diversity and equity), and serves on two boards: The Health Council of New Zealand, and the Australian Medical Council of which she chairs the Indigenous committees within each organisation.

She paid tribute to Professor Murdoch, who like Professor Pitama will begin his new role in February.

“Professor David Murdoch has been an amazing leader here at the University of Otago, with a real committment to Hauora Māori and equity. His leadership style is both to lead by example, and to coach and provide support from the sidelines.

“His recent support of our mobile vaccination team in partnership with mana whenua demonstrated his committment to social justice and accountability.”

It is with the same values of social justice and social accountability that Professor Pitama hopes to embrace her new leadership opportunity.