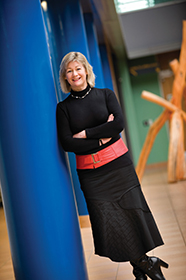 ASPIRE 2025 Co-Directors Andrew Waa, Richard Edwards and Janet Hoek said: “As Minister Verrall said, the plan puts people first; it transforms our approach to tobacco and gives us a realistic prospect of realising the Smokefree 2025 goal for all people.

“Crucially, the plan recognises the importance of Māori governance within the tobacco control system and establishes a task force that will ensure the goal is realised equitably, to benefit all population groups.”

The Co-Directors say the new measures, particularly reducing the nicotine content in cigarettes to non-addictive levels and greatly reducing the availability of tobacco products, are built on robust research.

“These measures will make it much easier for people to quit and much less likely that young people will start to smoke.”

“This policy will protect generations of tamariki and rangatahi, and ensure that we both realise and sustain the 2025 goal of reducing smoking prevalence to minimal levels.

“Minister Verrall’s Action Plan is a world-leading set of measures that will end the tobacco epidemic in Aotearoa and inspire other nations,” they said.