Life improved for young people experiencing homelessness once they were housed through the Government’s Housing First programme, with fewer admissions to hospital and visits to emergency departments, although their incomes remained stubbornly low, research has found.

The researchers investigated the outcomes of 69 young people ranging in age from 18 to 25 years old, who received housing and support from The People’s Project, a Kirikiriroa-based Housing First provider.

It is the first quantitative study of government service interactions for youth housed by Housing First, a holistic programme which focuses on housing people and providing wraparound support without requiring them to first meet additional criteria, such as sobriety. 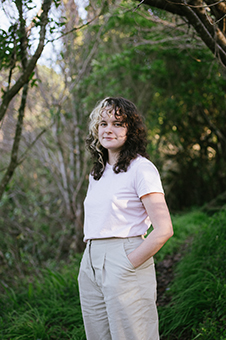 Lead researcher Dr Brodie Fraser, from the University of Otago, Wellington, says the research found a significant reduction in the rate of hospitalisations and emergency department admissions once the young people had been housed. Specialist outpatient visits to hospital increased, indicating they were more able to manage ongoing health conditions.

Dr Fraser says poverty is one of the main factors that leads to young people experiencing homelessness.

“Those supported by Housing First were still living in poverty, despite the lift in their incomes after they were housed. This is likely the result of many factors, including low social welfare rates, low incomes relative to the high cost of living, and pay inequities.”

Dr Fraser says the young people who were housed by The People’s Project were more likely to be female and Māori. Many were also parents themselves.

“While Housing First is providing unparalleled support, it is clear benefit rates need to be lifted.”

“The Government needs to urgently implement their recommendations to ensure our welfare system is providing enough support for young people to prevent homelessness.

“Housing First has been hugely beneficial for these young people, giving them the stability and support they need to thrive. We must make sure that fewer young people need these services in the first place, and that when they do, they are also given adequate financial support.”

The research paper, ‘Post-Housing First outcomes amongst a cohort of formerly homeless youth in Aotearoa New Zealand’ is published in the Journal of the Royal Society of New Zealand.