Scenes of the University of Otago’s many historic buildings, and their modern counterparts, situated along the banks of the Leith are familiar to most New Zealanders.

But what lies within the plethora of buildings that make up the University’s main campus in Dunedin? What does the inside of the Clocktower look like? Have you ever seen the University’s flume in action or ventured behind the curtains at Marama Hall? What about the depths of the Hocken archives or the academic dress hire rooms?

These facilities all have a part to play in delivering high-quality learning opportunities for our students, but for many who haven’t had the opportunity to study at Otago, their inner workings are a mystery.

In a new regular series called Otago On Location, we will bring Otago Connection readers behind the scenes of some of the University’s most stunning, unique, historic and amazing spaces…beginning with the WD Trotter Anatomy Museum.

The Anatomy Museum was first established in 1875, just a few years after the University itself was founded and only 27 years after the first official settlers arrived in Dunedin. Below we share a series of photos depicting the Museum as it is today – a stately artefact in its own right, yet one that holds a wealth of state-of-the-art anatomical specimens and models critical to training the next generation of scientists and health professionals. 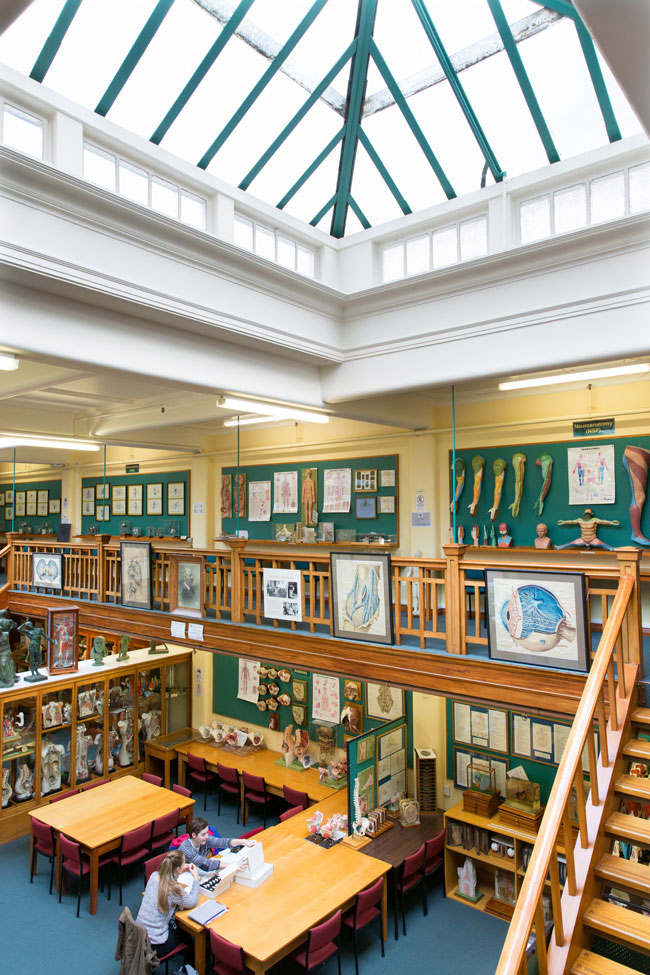 Today, the Anatomy Museum holds an extensive collection of anatomical specimens and models – some dating back to the late 1800s – that are used for teaching purposes. Photos: Emma Allen. 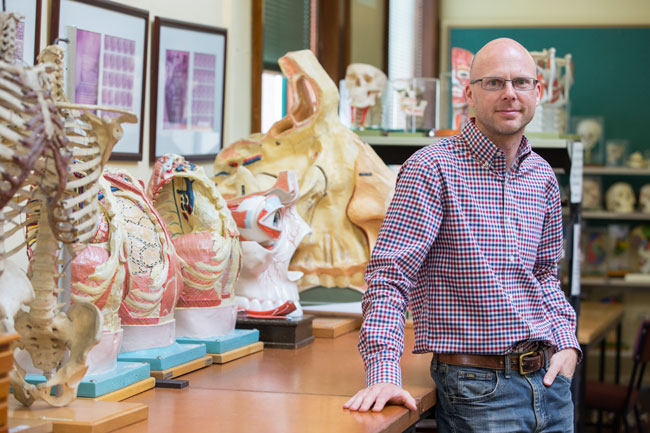 Museum Curator Chris Smith is responsible for all aspects of the Anatomy Museum's operation and maintenance as well as the departmental archives. 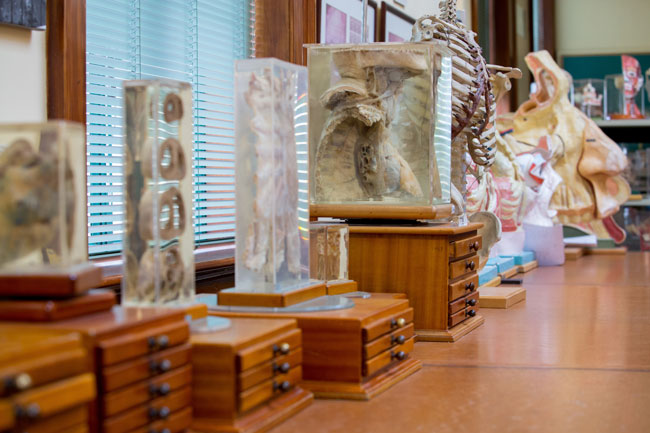 John Halliday Scott became the second Professor of Anatomy & Physiology in 1877. A noted artist, he produced anatomical work for the Museum – much of which is still in use today. Over the years, several staff, including Charles Unwin (who made beautiful wooden bases and tables for museum specimens) created many of the materials in use throughout the museum. 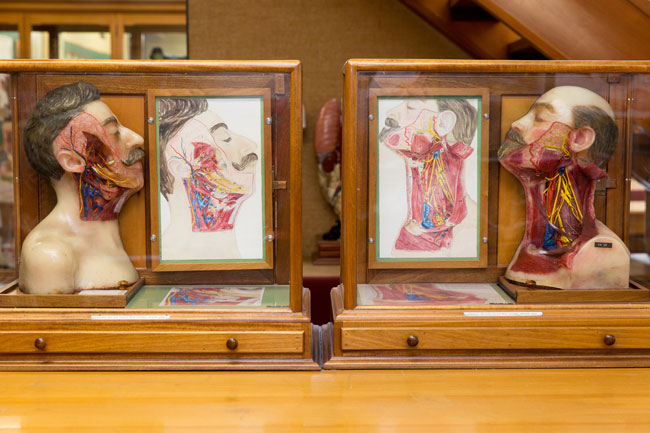 A few years ahead of its relocation to the Lindo Ferguson building in 1927, the Department employed Thomas Kelsey as a model maker and artist. He produced several wax models for the Anatomy Museum, some of which are still used including these which bear resemblance to Lenin and Stalin. The resemblance is intentional: though wax artists based their designs on actual physical specimens donated for such purposes, the identity of these individuals was anonymised in the finished work – thus the likes of Lenin and Stalin make an appearance instead. 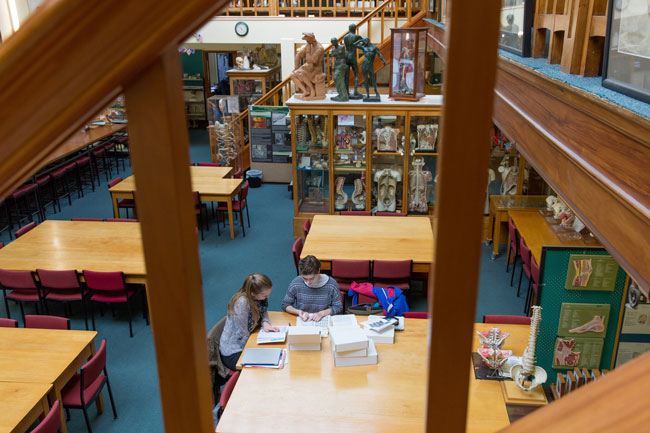 Despite growing student numbers, few major changes were made to the museum between the 1940s and 1960s. However, that was to change with the arrival of William Trotter who became the Department's fifth Professor in 1969. He was responsible for remodelling the Anatomy Museum in the early 1970s with removal of most of the large class cabinets, in an attempt to make the museum specimens accessible for students. Following Professor Trotter's death in 2001, the Anatomy Museum was renamed the W.D. Trotter Anatomy Museum, as a tribute to his vision for enlarging and modernising the museum. 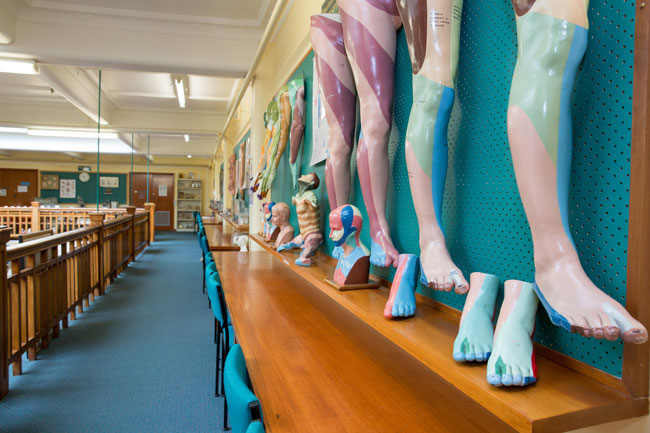 Some of the models produced in the department over the years have made their way in to other teaching collections, including that of the University of Auckland. 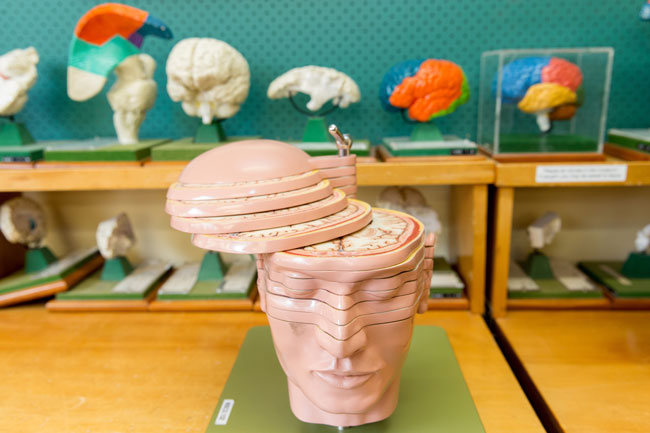 Modern imaging techniques (e.g. CT, MRI) are used in producing models such as this brain slice model. In turn, students are then able to use the models to help them better understand the digital images produced by CTs and MRIs. 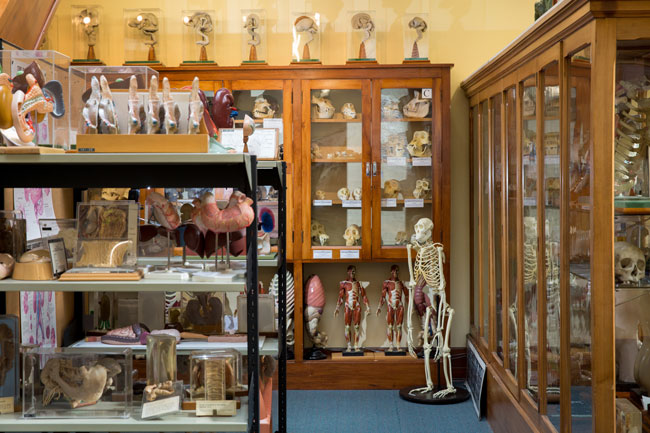 Although the Department has a "hands-on" policy regarding museum specimens and models, some of the more historic and fragile items are housed in large glass cabinets for their protection. 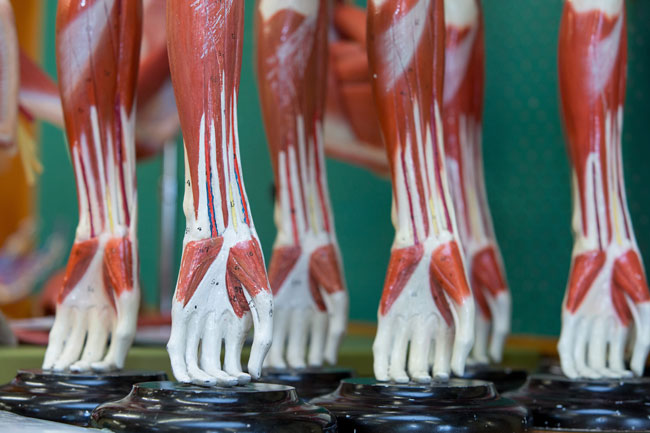 Between 1979 and 2008 Russell Barnett was the Museum Preparator. He produced a variety of fibreglass models and was a pioneer in the field of plastinating tissue specimens. It is thanks to Russell that the museum now has such a comprehensive collection of models and specimens. 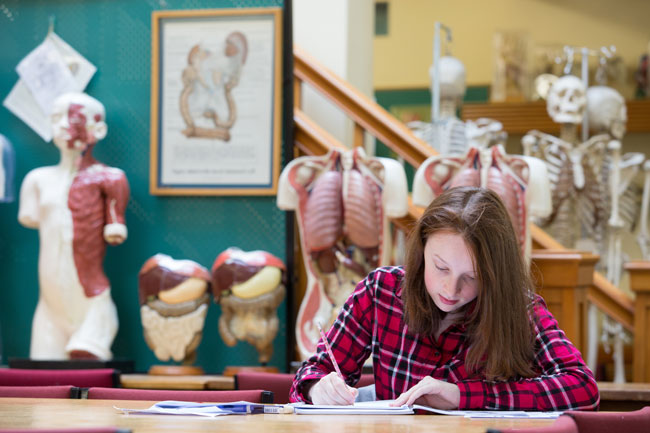 Professor D. Gareth Jones took over as Head of the department in 1983. He continued and extended earlier moves to promote the museum as a lively resource centre. Today the Museum and its varied resources are used extensively by students outside of class time for individual study and group work. 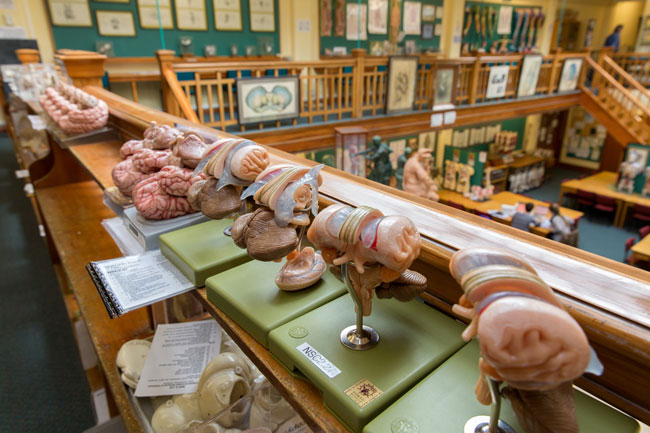 Some of the models in the museum are available for use by other departments in their teaching. 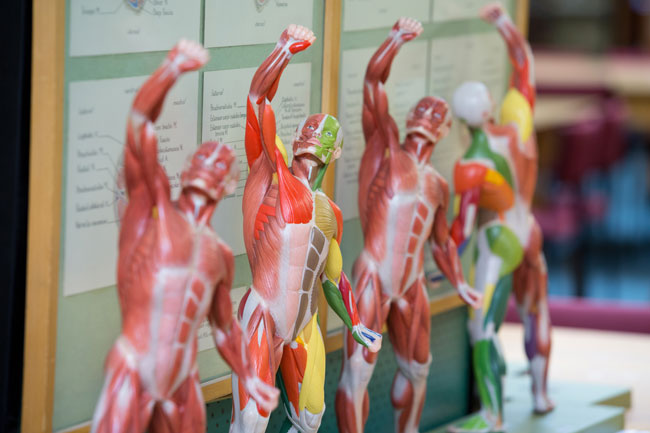 Much of the historical information presented in this story is abridged from Fieke Neuman's 1993 article in the NZ Museum Journal "Pots and Pieces: The Anatomy Museum of the Otago Medical School and How it Came to Be".