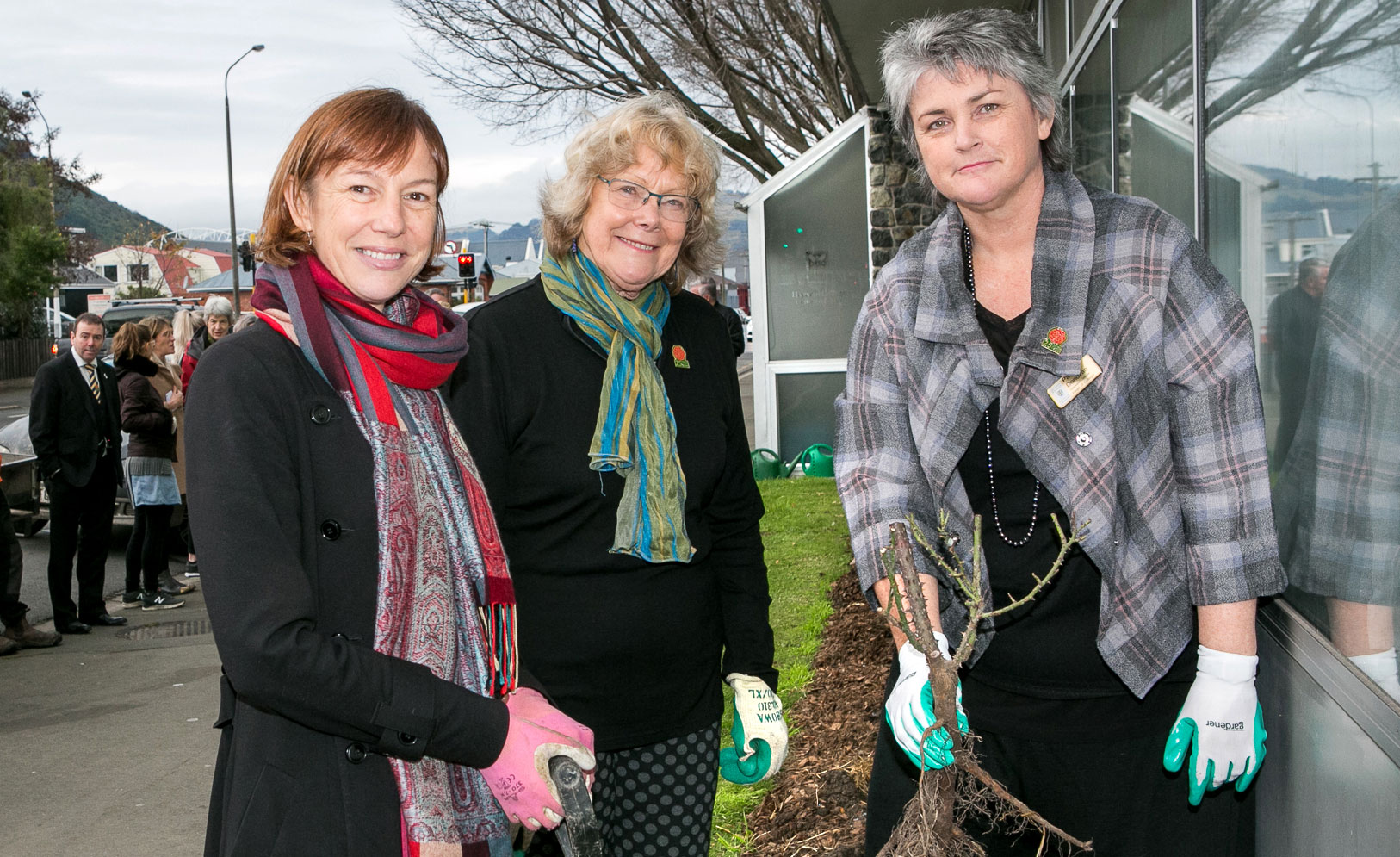 University and Hayward College staff gathered for a morning tea at the college, and heard Head of College Pauline Donovan give a welcome speech and explanation of the college’s history.

Hayward College was originally the site of the Queen Mary maternity hospital, and was named after brother and sister Jock and Vera Hayward for their contributions to the hospital board in health and education. The current Chairwoman of the Hayward College Fellows, Professor Janine Hayward, is the granddaughter of Jock Hayward, and Pauline spoke of her pride in continuing the family connection through 25 years.

When deciding on ways to celebrate the anniversary, the idea behind commissioning a 25th anniversary rose came from a conversation with Prof Janine Hayward about the St Margaret’s rose in November 2015. They reached out to Tauranga rose breeder Rob Somerfield and he was on board.

Because the process to breed a rose can easily take 10 years, Pauline and Janine were very lucky that Rob had an un-named breed of rose that he felt would be perfect for the college.

The ‘Hayward College’ rose is described as a “blood red, old-fashioned style bloom with a great vase life” and is now available for sale from Tasman Bay Roses and Nichols Garden Centres in Dunedin, Invercargill and Cromwell.

The gardener's tag shows what the Hayward Rose will look like in bloom. Photo: Sharron Bennett.

Eleven rose bushes were planted in the garden outside the college by Prof Janine Hayward, Pauline Donovan, and previous Chairwoman of Hayward College Council Jeanette Leigh.

Luke Lovegrove, Deputy Head of College, designed a rose pin to celebrate the occasion, which were given to attendees at Friday’s morning tea.

Pauline gave warm thanks to key people for their hard work and dedication towards Hayward College and the 25th anniversary celebration.

“Their continued support and enthusiasm for all things Hayward make such a difference.”

Winners of the Hayward Prize, established in 2015 by the Brown and Hayward families and awarded annually to outstanding students of the college, will now also be gifted a rose pin and a Hayward College rose bush.