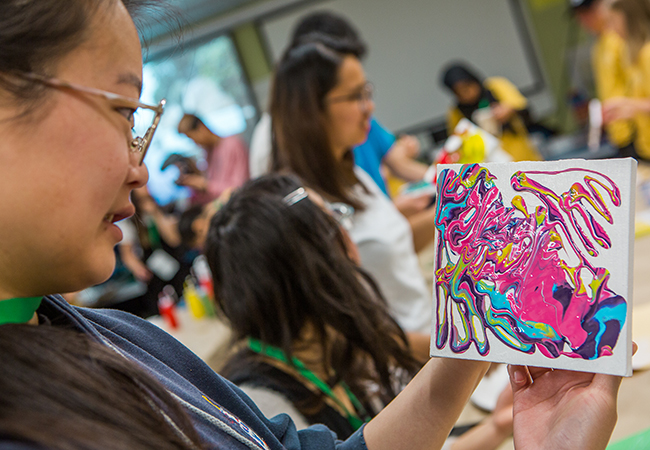 The 2019 Silverline Festival was once again a big success – encouraging students to be open with one another about their mental health.

The focus of Silverline this year has been to call upon students to delve into topics such as racism, men’s mental health, belonging and identity.

Silverline Programme Activator Kasey Miles and Student Lead Maddi Mitchell say it’s hard to put into words how great it is to see the impact of the festival on students and the community building that continues after it ended.

“I think it was really, really cool for us to see the impact the Silverline Festival had on lots of students,” Miles says.

Mitchell says students were able to relate with at least one of the speakers.

“In general, I think the vulnerability that all of our speakers shared with the students was one of the highlights. We saw some of the speakers shedding tears and you feel the air in the room change. It really hits home for the students that it is okay to show emotions,” Miss Miles says.

Feedback after the event shows there is a hunger from students for more events from Silverline.

Maddie Mason, a student involved in organising the festival, says it diversifies the dialogue when it comes to mental health.

“It’s the most important conversation but done in a different way.”

Student leaders were also a big part of the Festival with Amal Abdullahi and Albert Logoifitilemapuatai'i Fairbrother acting as MCs for the event, as well as hosting the panel ‘Racism, Prejudice, Discrimination’, music postgraduate student Hyunah Cho leading the good vibrations music workshop, Residential Assistant and postgraduate student Sinead Ford lead the Sid’s stories workshop focussed on tackling how mental health can be spoken about, and Sophie and Emily Martin (AKA Tasty Twinsss) led their Blissful Thinking workshop about creating healthy habits.

With an obvious hunger for more events from Silverline, Miles and Mason say they are eager for Silverline to continue the conversations it has begun.

Earlier this year Silverline launched its #itsnotawkwardbro campaign, aimed at encouraging young men to talk about their struggles, and it will continue next year.

Silverline will also continue to listen to what the community wants and help bring fresh ideas to its ever-growing community.

“There’s so many different communities out there. We can’t cater to everyone with one event.

“We want to continue to build the sense of community with Silverline and reach a more diverse range of groups,” Miles says. 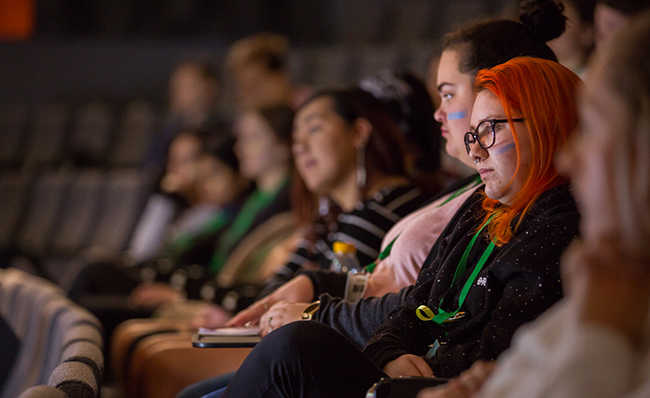 Students listen to a speaker at the Silverline Festival